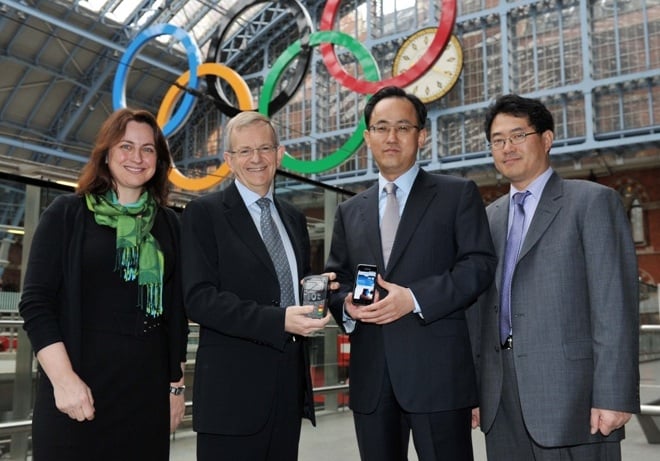 Last week Samsung and Visa announced that they’re going to bring NFC enabled mobile payments to London in time for the the 2012 Olympics. You’ll have to buy a new mobile phone and it’s going to require a “Visa enabled SIM card” in order to work, which doesn’t exactly scream ease of use and mass adoption, but it’s a first step. The phone, obviously made by Samsung, has yet to be revealed, so for all we know it’s either a low end dumb phone or the next flagship device featuring Google’s latest version of Android. Will operators back this? Yes, they’ll be selling the “Olympic Phone”. Isn’t O2 trying to get their own NFC enabled mobile payments platform off the ground? Yes, but it has yet to be made clear how they’re going to execute on that vision.

Make no mistake about it, there’s a race to become your preferred contact-less payment provider, the question is who are you going to trust? Should you wait for your bank, the operator you have now, a competing operator, handset vendors, PayPal, Amazon, the list goes on and on. Some people think 2011 is going to be the year of NFC, but we don’t. It’s going to be more important in 2012, but until Qualcomm gets off their butt and starts integrating near field tech inside their platforms, and more importantly Apple launches an NFC enabled iPhone, this whole mobile payments thing is going to be nothing more than a pipe dream.

It’s not that we’re knocking the tech, we want it so bad it hurts, it’s just the reality of our industry and laughable announcements such as this one that make us doubt every promise we’ve ever been told about how our wallets will soon be nothing more than a distant memory. Fool me once, shame on you. Fool me twice, shame on me.