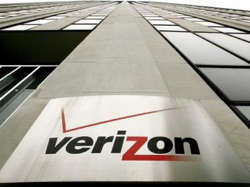 Verizon is paying $93.5 million to settle a claim that accuses its MCI Communications Services, Inc. of overcharging the U.S. government taxes and surcharges that are in violation of regulations. It wouldn’t be the first time a telecommunications company has been accused of overcharging obscure fees and surcharges, but perhaps it wasn’t the best idea to overcharge the General Services Administration.

So, the U.S. Justice Department says that Verizon will have to pay in order to settle this case.

Last October, Verizon had to settle with the FCC for $25 million for erroneous data charges to its customers. It was also forced to repay $52.9 million to customers, in increments of $2 to $6, who were wrongfully overcharged. Verizon and its properties and units really need to get on top of its billing practices because it doesn’t seem like much of its overcharging behavior is going to slip through the cracks anymore.