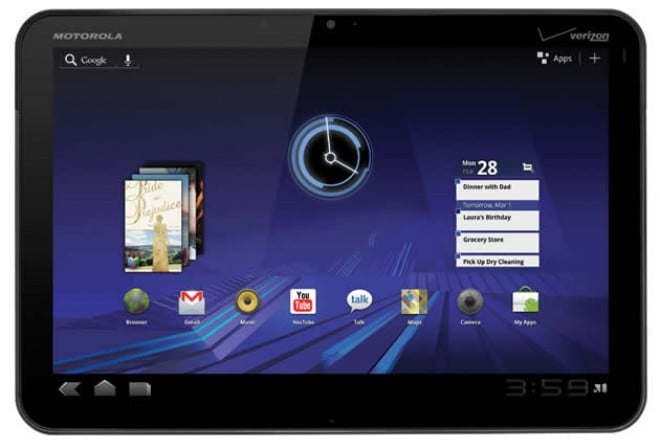 Analyst James Faucette of Pacific Crest said in a recent research note that sales of the flagship Motorola Xoom tablet and the Atrix 4G smartphone for AT&T are disappointing. The analyst used channel checks to verify that sell-through on these devices is less than expected. Much of the competition comes from the high-profile launch of the iPad 2 and the debut of the HTC Inspire. The rock-bottom $49 price tag of the iPhone 3GS is also reportedly hurting sales of AT&T’s premier Android handset.

If true, this is disappointing news for the American manufacturer which has spent a lot of time and money developing and advertising its Xoom tablet as a robust alternative to the iPad 2. Faucette lowered his 2011 revenue estimate for Motorola from $13.7 billion to $12.2 billion. A deeper cut was not necessary as Motorola has substantial cash flow and confidence in its leadership under Sanjay Jha is still high. Despite these assurances, Faucette warns Motorola that the company needs to “quickly adjust and refresh its product portfolio” for the rest of 2011 and into 2012 if it want to stay in the Street’s good graces.

Mark Cuban, the tech entrepreneur who is also the Dallas Mavericks owner, is teaming-up with Qualcomm to add some augmented...