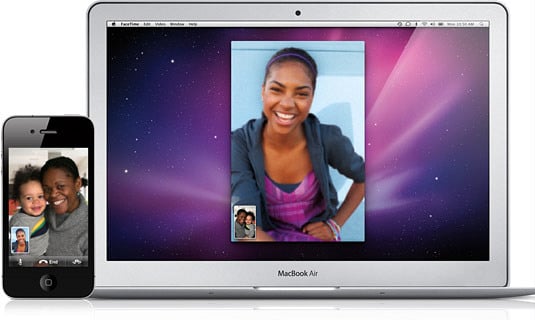 There is a story making rounds on the Internet today that FaceTime, the video calling application for the iPhone, iPod touch and iPad, is taking photos of users without permission and storing them. It’s unsettling to think that this could be happening, but it would certainly be cause for an uproar if it were. But is this really going on?

If it sounds like paranoia to you, congratulations. You’re one of the few that have even the slightest iota of skepticism. The story comes from a user who posted the following on Apple’s discussion board:

My boyfriend and I have both recently experienced this problem several times – when one of us is calling the other via FaceTime, an old picture freezes on our screen, while the person receiving the call only sees a black screen. It’s kind of creepy, because it brought up photos of both of us at work, where I have used FaceTime a few times but he never has. We’re just wondering how/why this is happening, and if there is a fix. It’s not terribly inconvenient, but it’s definitely unsettling, where is seems that even if we haven’t taken a picture or used FaceTime, the camera is keeping images. If anyone else is experiencing this, we’d love feedback. Thanks!

It’s possible that the app has a bit of information cached from previous sessions, but I highly doubt that Apple is purposely using FaceTime to take and store photos of its users. Others on the discussion board are asking for more proof since the person who posted the problem registered on the same day as the post, and hasn’t posted anything since.

Anyone who has used Skype or video calling on iChat would have experienced the same thing, as I have. There have been times where, in mid-conversation on iChat, the screen will freeze and show an image of my caller from a few seconds or even a few minutes prior to the screen freezing before it goes back to the actual stream. I suspect something similar is happening with FaceTime: it’s likely a bug or a buffer/memory issue with the phone or app and the memory isn’t being invalidated every time the app starts up, and not a conspiracy.

Have you experienced this phenomenon yourself? If so, let us know what happened and whether the problem has gone away.

Last November, Capcom released a free app called Capcom Arcade that brought some of the company's classic arcade titles to...