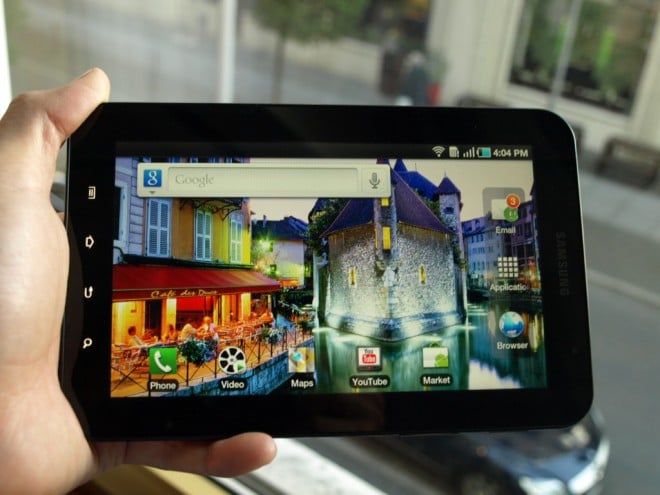 The Samsung Galaxy Tab has been available for ages now in terms of technology time, and its successors – the Tab 8.9 and 10.1 – have already been announced and are on their merry way. However, for the 7-inch model that launched late last year, users have been forced to choose which carrier they wanted to purchase from because a Wi-Fi only model was unavailable. Until now.

It took long enough, but the Android 2.2 Froyo tablet is finally going to hit on April 10 for just $350. Is it safe to consider it DOA? I mean, the Apple iPad 2 is available for just $150 more and offers arguably more than the little Froyo tablet can. (Of course, you’ll get the occasional Android fanboy who’ll jump in here and say that the Galaxy Tab has Adobe Flash. Because that’s a make-or-break deal right there.)

But it isn’t just sweet devices like the iPad 2 and Motorola Xoom that the Galaxy Tab Wi-Fi has to contend with, it’s Samsung’s own Tab 8.9 and 10.1 that are due very soon.

It’s a little curious that it’s coming this late in the game, and perhaps better late than never, but perhaps it might suit those who really want an Android 2.2 tablet – for one reason or another – and a 7-inch form factor. If that’s you, April 10 is your day.

The Motorola Xoom may be a pretty piece of hardware, but it looks as though the sales of the world's...