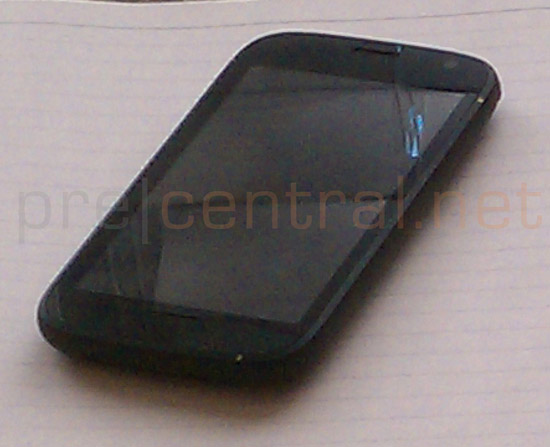 Well, well, well… what have we here? Yup, it’s the still unannounced webOS-powered device from HP. The rumor says it’s the Stingray, which as far as we know will be an all-touchscreen device with a 480×800 pixels display. Moreover, it may have a camera on the front for video calls though that spot on the mask could also be a proximity sensor.

And that’s about all we have at the moment. The PreCentral tipster — who provided the photo — described the device as “an EVO with webOS.” Unfortunately he failed to mention the phone’s guts, leaving us tons of space to speculate. I would bet there’s a 1GHz processor under the hood, as well as a WiFi radio, GPS receiver, 5-megapixel camera and so on.

Let’s say this is Stingray, what about Mansion and Windsor, the two other upcoming webOS devices? Honestly we’ve no idea. However, we will definitely keep our eyes wide open and let you know as soon as we spot something new on that front. Stay tuned in the meantime…

Sprint confirmed that its newest mobile broadband hotspot will be available for $79.99 with a two-year customer agreement. The MiFi...