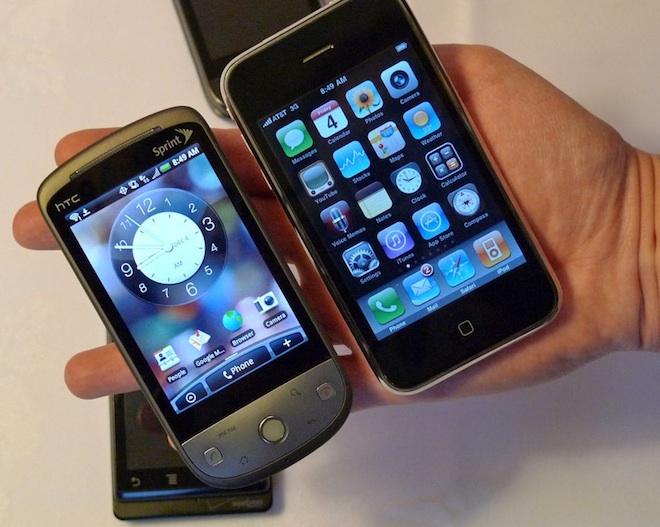 When Apple launched the App Store back in 2008, Kleiner Perkins simultaneously announced a $100 million iFund that they’d use to invest in applications that have the potential to become the next big thing. Two years later the fund doubled in size to make room for people developing iPad application. Now here we are in 2011 and 13 out of the 16 companies that were lucky enough to tap into some cash from Kleiner Perkins to make iOS apps are also now making Android applications. What does this say about Android? It’s a large and important platform and making your apps available on one platform is not the right way to go about gaining market share. Even if it’s not market share you seek, but revenue, having your app out there on two different app stores, three if you count the one recently launched by Android, is a sure fire way to make more cash thanks to sheer probability.

“We’re still true to form in terms of our focus. It’s just the overall smartphone ecosystem has gotten so much larger since we launched three years ago. You’ll see most companies leading with iOS. Once they perfect the app, they’ll do Android. A year ago they would for Blackberry and maybe Symbian. Now those two have dropped out of the conversation. Android has done a really nice job of moving ahead of those other platforms.” — Matt Murphy, Kleiner Partner and iFund Manager.

If you’re an iOS developer then it could very well be time you pick up a book on Dalvik and started playing around with the tools out there, familiarizing yourself with them, and then eventually selling your services to a small business or startup that needs to get their idea off the ground. If you’re already an Android developer then sit back and start counting your money because you belong to a rare breed.

Acer Aspire ICONIA TAB A100 available for pre-order on Amazon UK for 299.99 GBP