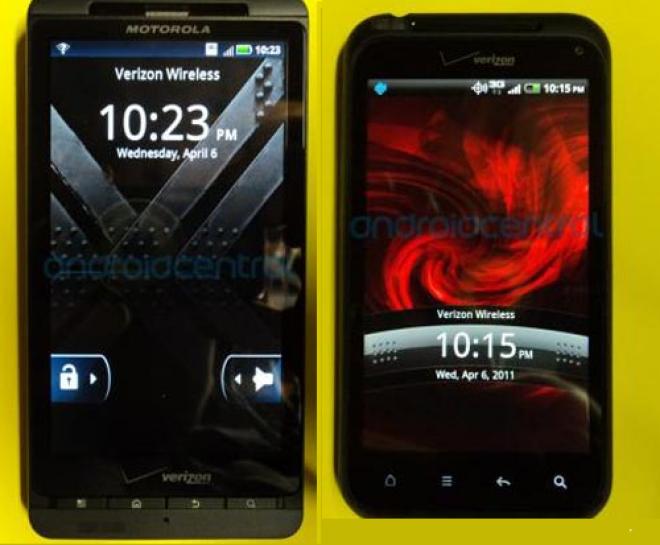 Verizon’s upcoming Android line up is rather extensive, and it’s only going to grow as the year progresses. With the Thunderbolt now the king of Verizon phones right now, some of you may be waiting for the Droid X 2, or the Incredible 2. Lucky for you, pictures of both devices have leaked out for all the world to see.

We heard about the possible specifications for the Droid X 2 yesterday, which hinted at a qHD display and an NVIDIA Tegra 2 dual-core CPU. And, judging from the leaked pics, all changes to the X2 look to remain mostly internal. That’s not really a bad thing, however, as the Droid X’s design is solid, and looks slick with its hard edges, giving it a machine-like look.

If you’re looking for a sleeker handset, then you might want to shift your gaze to the upcoming Droid Incredible 2. Essentially the HTC Incredible S, the only difference you’ll find on Verizon’s variant is that it’s the CDMA version of the Incredible S, which we saw go live at Mobile World Congress 2011. Other than that, it’s the same sexy and sleek hardware we’ve come to expect from HTC, and is a solid upgrade from the original Incredible. The DI2 is an evolutionary upgrade from the original, bringing with it a larger screen, faster processor, and front-facing camera. The successor even sports the same, “stepped” battery cover as the original, which may be a turn off for some, but we rather like it. Nonetheless, while still very similar, the Incredible sequel is something to be admired.

From what we can tell, neither the Droid X 2 nor the Incredible 2 will support 4G LTE. Depending on your point of view, that could be a good or a bad thing. We love the speeds of Verizon’s new 4G LTE network, but so far, the only phone that does support LTE, the Thunderbolt, suffers from major battery life issues. Moreover, since these handsets don’t look to support the blazing fast network, you likely won’t find them going past the standard $199 price point when they launch.

With all these awesome smartphones, which upcoming Verizon handset do you have your eye on?

[UPDATE: PocketNow has nabbed some press shots for the Droid Incredible 2. Enjoy!] 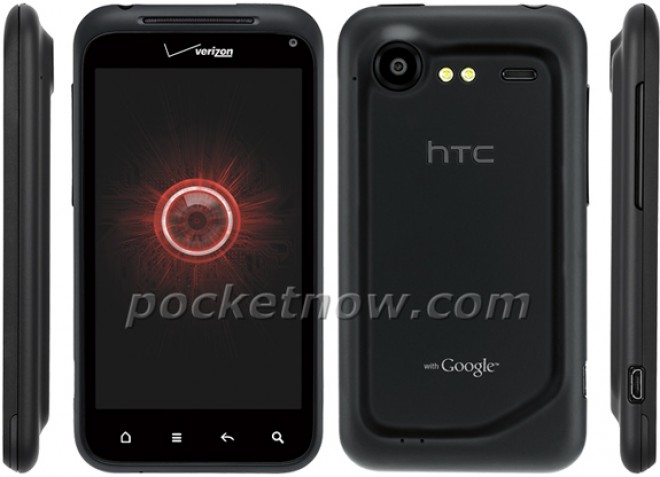 Meet the people behind the HTC Thunderbolt [video]

If you're a fan of the HTC Thunderbolt, like we are, you're probably wondering where all the ideas and creativity behind the...