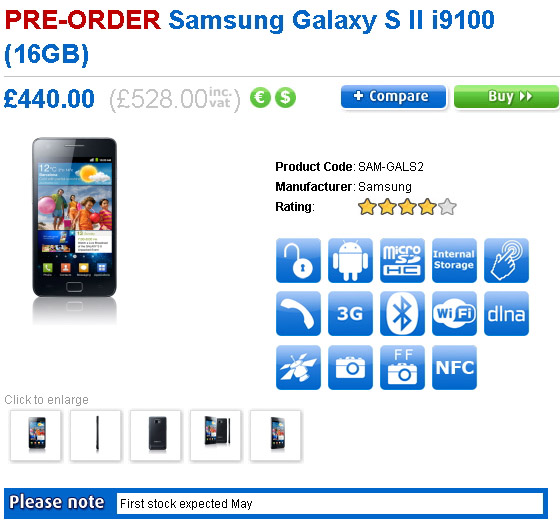 It was back in February when we told you the Samsung Galaxy S II would be available in the UK starting March. Well we were wrong, but don’t blame us – we got the information from British retailer Clove which claimed so.

Now the same company is saying the Galaxy S II is coming in May and this time we think they’ll deliver on the promise. Personally I think it’s Samsung to blame for the delay, but you never know.

In addition to the UK, Sammy’s dual-core baby is also slated to hit Germany. The local branch of Amazon says that the Android-powered smartphone will start shipping starting May 2nd.

Then, once the two biggest markets of the EU are cleared, it’s safe to bet the Korean giant will release the Galaxy S II in other countries across the continent…