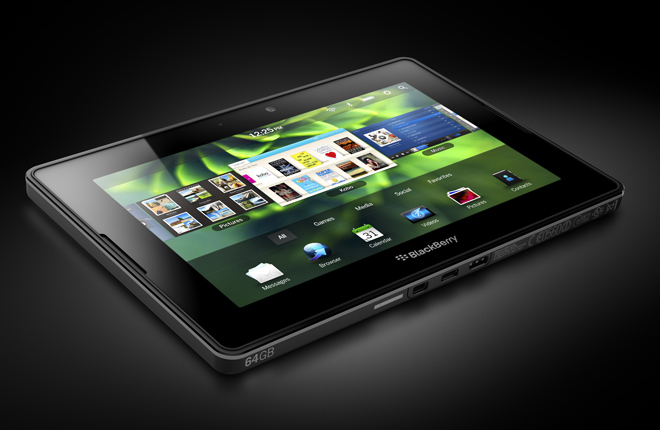 When it comes to the BlackBerry PlayBook, it doesn’t seem like RIM has the confidence it needs to really make it a huge success. In a recent interview with the New York Times, co-chief Mike Laziridis seemed to complain about why RIM isn’t getting the respect and praise it deserves.

Those are pretty impressive numbers. The report also states that in the last fiscal year, RIM “shipped a record 52.3 million phones — a 43 percent increase over the previous year — and its fourth-quarter income of $924 million exceeded forecasts.”

Clearly, the BlackBerry maker isn’t hanging by a thread by any means.

But it’s not just Laziridis who seems to be less than certain when it comes to tackling this problem. Jim Balsillie, the other co-chief at RIM, says that no other company has really been as successful as Apple in making the transition into tablets or mobile computers. However, he curiously says that it’s a move where “tech companies go to die.” Unless he was shaking in his boots, I highly doubt that tech companies like HTC, Motorola and Samsung are going to die by pumping out a few Android tablets.

Balsillie also admits that if the PlayBook was released a little sooner, the general perception of the company would be a little more positive. Then again, it’s all ifs, ands and buts at this rate. If the PlayBook is going to be a reasonable success, RIM is going to have to pick its head up and exhibit a little more confidence to boost appearances. It’s going to need to show customers why they should own a tablet computer from the same company that makes their beloved BlackBerry handsets. It’s also going to need a rich third-party application store in order to keep with Apple and Android. But perhaps, more importantly, it’s going to need to deliver sooner rather than later. And RIM is definitely going to need to back up its promises.

Untappd, an excellent web app that helps you share what beer you're drinking with friends, has expanded its location-awareness with...