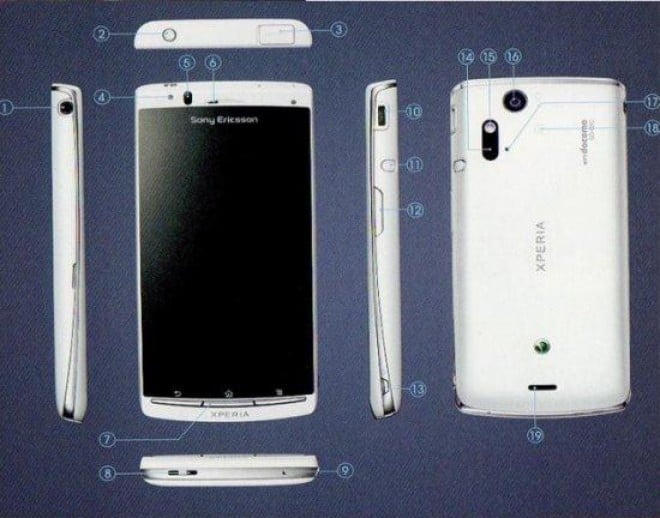 Sony Ericsson is certainly churning out a good number of Android handsets lately, and the newest, the Xperia Acro, packs a similar punch to the rest of the line. However, this particular handset won’t be coming to the US, or anywhere else for that matter. This Xperia Arc variant will ship only to Japan.

The Acro is basically a re-tooled Xperia Arc, but there are also a handful of differences for this Japan-only variant. The Acro has more beef then the Arc, in terms of physical hardware, and capabilities. The Acro is a step back in design, but a step forward in capabilities, as it adds in NFC support, and a TV tuner. So anything the Acro lacks in design, it makes up for with some snazzy internal tech specs. NFC is more widely used in Japan, so it’s not surprise to see it added in the Acro.

Because of its size, the Acro resembles the original Xperia X10 more than the Arc, in terms of physical design. Specs, however, remain more similar to the Arc. The Acro is an interesting handset that could certainly sell well if priced right. Sporting the same 8 megapixel Exmor R camera with LED flash, 4.2 inch display (854 x 480 resolution), and Android 2.3 Gingerbread brung the Acro up to snuff to its cousin. That also means that the Acro weighs more (135g versus 117g), and is a bit thicker (11.8mm versus 8.7mm). That said, the extra chunk is justified with the new features the handset is packing.

The Arc itself is possibly one of the sexiest Android handsets to date, and we hope that it will be just the beginning of the Xperia Arc line. If the handset shipped with a dual-core CPU of some kind, I’d personally buy the device unlocked and deal with having only 2.5G EDGE data speeds.

No solid date has been released for the Acro, but we’re hearing that it could land on DoCoMo relatively soon, with other carriers possibly following shortly afterwards.

Fortune: ‘iPhone as a business is nearly twice the size of Google’s entire operation’

The platform wars are raging on, and Android versus iPhone market share articles are being churned out by the dozen...