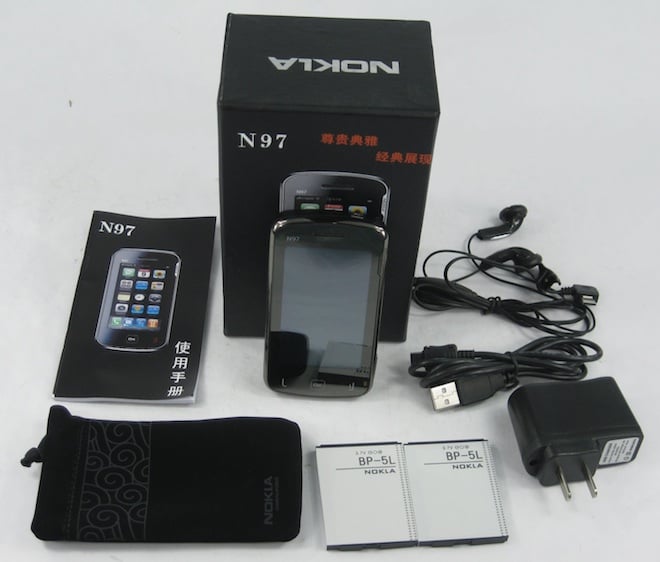 It goes without saying that the mobile phone industry is flush with cash, people are making money left and right, with companies like Apple opting to go the high margin low volume route, while others like Nokia do their best to move as many units as the tired hands of child laborers can assemble devices, but what about the companies you never heard of, or at least the ones that you make fun of? We’re talking about fake devices here, handsets that look exactly like much more expensive models that typically sold in the rich western world, but are slightly different in terms of both features and branding. Nokia becomes Nokla, Sony Ericsson becomes Suny Ericson, you get the idea. In the ~ 10 minute video below, which we’ll hopefully see the sequel to, assuming the uploader even has the second part, you’re taken into the back alleys of China and shown the progress that the pirate market has made in the past few years.

It used to be that making a mobile phone was hard, but now thanks to Mediatek, a supplier of low cost chips, and cheap skilled labor, between 4 and 5 million people are pumping out 20% of the world’s mobile phones. Is it a good thing? Well … you’ve got to think about the people who can’t afford a 200 Euro Android device, but can just as well enjoy something that can support three SIM cards, can tune into over the air television, and even has WiFi. Those people benefit, albeit at the expense of the established players. Things are only going to get worse too as these cheap handsets will get more powerful and the factories that pump these knock offs out will get better at making handsets.

When you can’t innovate on hardware anymore it really is the software and services attached to a device that make or break the success of it; China is only helping the industry reach that conclusion at a faster rate.

If you own an iOS-powered device, you *must* try out Tiny Wings, the casual game that pushed Angry Birds to...