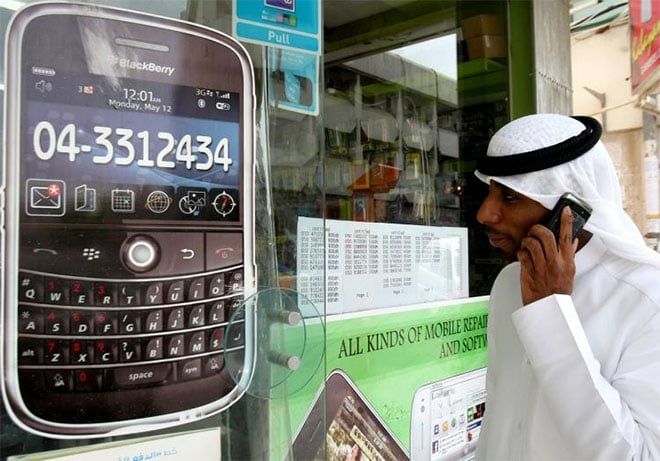 Remember earlier this week when Jim Balsillie cut short a BBC interview after a question about India and the Middle East caused him to lose his cool? A report from The National, a newspaper based in the UAE, may provide a clue into this surprising and embarrassing response.

According to The National, the UAE will ban individuals from using their BlackBerry handsets with a high-security BlackBerry Enterprise Server (BES). Individuals can still use the less secure BlackBerry Internet Servers (BIS) provided by their cellular providers. This rule targets individuals but has provisions for larger businesses. Mid to large businesses with over 20 BlackBerry subscriptions would continue to be able to use BES servers for their employees.

This information published in The National comes straight from the horse’s mouth with the Telecommunications Regulatory Authority reportedly stating that “Enterprise Services are to be made available to qualifying organizations only and not to private individuals.” This change is expected to go into effect on May 1st.

Late last year, the UAE threatened to block RIM services, but this situation was defused when RIM reached an agreement with the Middle Eastern federation. The apparent reversal of this truce with RIM may be the result of increasing turbulence in the Middle Eastern region. Recently, Libya and Egypt have been high-profile hotbeds of unrest. The UAE may be responding to these events by exerting its control over secure communication channels. As stated by Reuters, “the UAE, which like many Gulf states has little tolerance for dissent, has voiced concerns over its inability to access information legally, citing security and sovereignty issues.”

We finally have a retail-ready BlackBerry PlayBook unit in our hands, so we decided to give it a quick unboxing...