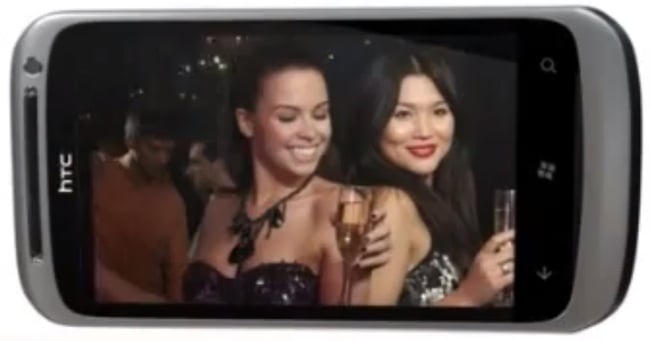 According to a YouTube video of questionable authenticity it appears that HTC is planning to release a Windows Phone device with a 16 megapixel camera sensor and dual LED flash. If true, then this would be not only be the highest megapixel count we’ve seen on a mobile phone, but proof that HTC actually gives a damn about imagining. One of the features of HTC’s upcoming Sense 3.0 packing devices is the improved latency between shot to shot times. While that may not necessarily improve a photo’s quality, it does help users take more photos so that they can later choose the best one. Up until now the only handset manufacturer to take mobile photography seriously was Nokia. The N8 may “only” have a 12 megapixel sensor, but it’s huge, and coupled with a Xenon flash, plus image processing software that’s had every last bit of magic squeezed out of it, Nokia’s flagship imaging device wipes the floor of any competing smartphone. That includes the iPhone 4.

The sad part of all this is that the majority of people still think that a higher megapixel count equates to better quality photos. That’s rarely been the case, and if you took a half decade old Nokia N73 down to a photo shoot, the 3.2 megapixel sensor in that little guy would spit out better photos than the 5, 8, and 10 megapixel competitors of today. Also with the recent announcement that Cisco has decided to kill the Flip line of pocket cameras, we can’t help but think that it’s due to the proliferation of smartphones. People don’t need to carry around a dedicated point and shoot camera anymore, despite the fact that in most cases they take better photos. With a smartphone you can take a picture and post it to your Facebook wall in less time than it takes to take your SD card out of your Canon and double click on “My Computer”.