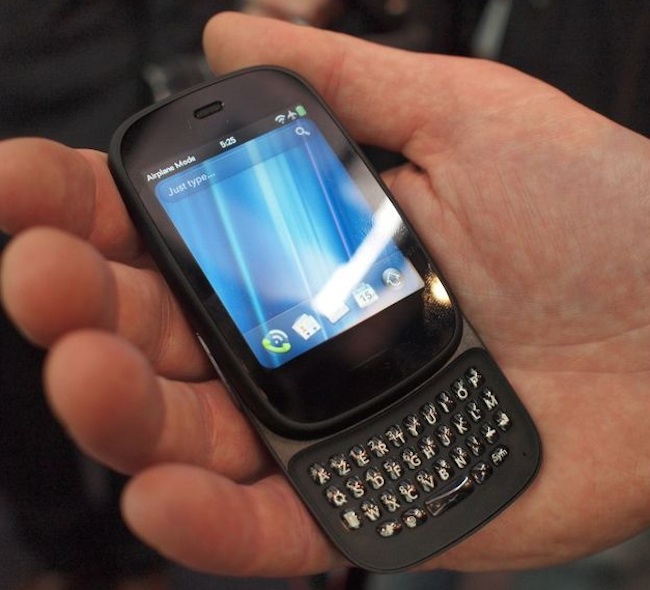 HP, like most other handset makers, have a bad habit of announcing devices up to half a year before they even hit the market. The Veer, which was announced on February 9th of this year, is rumored to launch on May 2nd according to PreCentral, which is just under 3 months of waiting. It’ll be available from AT&T, with an as yet to be determined price point, but we’d take a wager that it’ll be less than $100 and quite possibly even free. For those of you who don’t remember the Veer, it’s HP’s smallest smartphone. It has a screen that measures just 2.6 inches across with a resolution of 320 x 400 pixels. It has an 800 MHz Qualcomm processor inside, 512 MB of RAM, 5 megapixel camera, it does quadband GSM/EDGE, triband 3G, and it even has WiFi, Bluetooth and GPS. It’s a smartphone for people who want to go against the trend of large screen devices. After AT&T announced the Samsung Infuse 4G that packs a 4.5 inch screen, many folks gagged a little bit in disgust. The Veer is for them.

This time last month we heard that the Veer was launching in Germany on O2 in May, so it isn’t a stretch to say that it’ll come to America during the same month. How many of you are interested in picking one up? It’s roughly the size of a credit card, but what might kill it is the 15 mm thickness. That may not sound like a lot, especially since that extra bit of junk in the Veer’s trunk is needed for the slide out QWERTY keyboard, but in an age where sub 10 mm thick phones dominate the landscape, and even 9 mm is quickly becoming the new fat boy, the Veer might pose a bit of a problem.

Still, it’s too early to say if it’ll rock or not. Our hands on time consisted of a 5 minute groping at a cocktail party in Spain.

Last year, Apple confirmed the white iPhone 4 would arrive in Spring 2011. That season of the year is now...