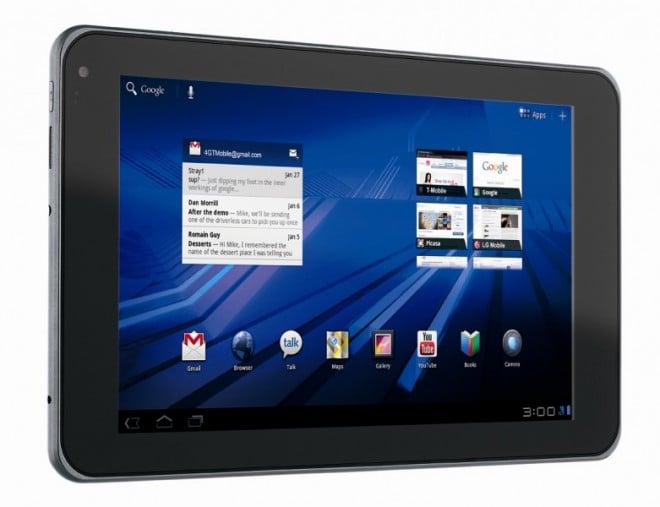 T-Mobile confirmed its G-Slate tablet will hit retail shelves starting April 20th. As expected, the tablet will be priced at $529.99 for T-Mobile customers after a $100 mail-in rebate and a two-year customer agreement. The G-Slate will feature HSPA+ connectivity, an 8.9-inch display, dual-core processor, 3D camera and Android 3.0.

The full list of specs for this Android tablet include:

The Android tablet will be available in T-Mobile stores and online starting on Wednesday. Anyone out there going to pass on the BlackBerry PlayBook which is launching today and snag the G-Slate from T-Mobile tomorrow?