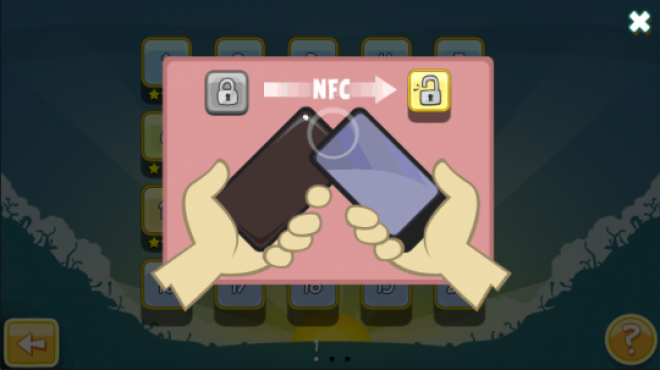 If you’re like me, you’ve probably may have had some good times with Angry Birds, but are a bit burnt out on the massively popular game. Well, to no surprise, Angry Birds isn’t going anywhere, and Nokia and Rovio of the game that requires you to interact with NFC-enabled phones.

Angry Birds Magic is like most versions of the game, but after beating five levels, you’ll need to seek out someone with an NFC-enabled handset. If you have no friends to speak of, NFC tags embedded in certain objects will help you to unlock levels in case no one is around. While the idea is novel and somewhat interesting, the execution is questionable. The idea is to play Angry Birds with friends, but just how fun will it be when you unlock 5 levels of the game, only to ignore the person who’s doing the same thing? If anything, it would be at least funny to have someone come up to you asking if your phone supports the technology so you can play your game.

The free version of the NFC-centric Angry Birds will debut on the Nokia C7, and developers are hard at work getting the full version out for the Ovi Store. The full version will contain more levels, and, “more ways to harness the power of NFC.”

NFC is primarily used for mobile payments, giving the technology a real use case. As time goes on, though, we’ll likely see more games that have can be used with the technology, and in different ways. We’re not sure just how far NFC can be used when it comes to gaming, but we’re about to find out. In all honestly, I think that the implementation of NFC in Angry Birds is a bit lame, but you have to start somewhere, right?

Parents, Nokia wants your children to talk to strangers. Keep that in mind. Joking aside, it will be very interesting to see where NFC is taken in the gaming world.