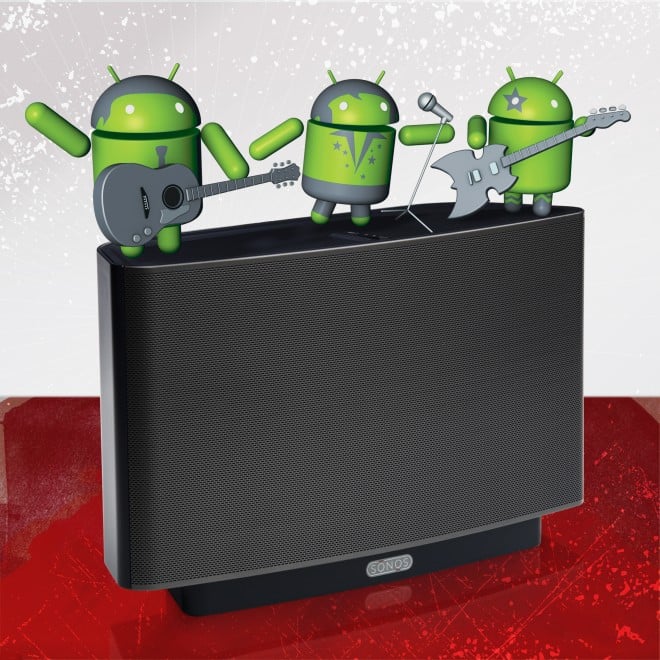 The long-awaited Sonos Controller Android app has finally landed, so now you can use your Google mobile device to control your music throughout your house.

If you’re not aware of the company, Sonos allows you to play music throughout your homes in multiple rooms over WiFi or a mesh network. The Sonos Controller Android gives you control over which speaker is playing, which content is being played and how loud it can be.

There’s not much different from the iOS version but Google’s platform does allow the company to do a few simple things which may make a huge difference. First of all, you can use the handset’s volume buttons to adjust the speakers’ volumes and this isn’t available on the iOS version. Additionally, you can also use Google’s voice-recognition technology to find new tracks.

It’s not just the Sonos Controller Android app that’s been released, as the iOS version has also received a boost. The iPad version and iPhone versions now have faster multitasking in it, so it’s easier to hop back and forth between apps.

Another interesting wrinkle to the iOS version is the inclusion of some AirPlay. You’re still going to have to connect it to an Apple Airport Express in order to get the multi-room experience but this will give you all the features you expect from Sonos including different music playing simultaneously in different rooms, party modes and more.

The interesting thing about Sonos is that it is highly compatible with various online music services. You can get your Pandora, Rdio and other services all around your house.

The apps are all live as of this moment and we’ll have some video demonstrations up shortly. Let us know what you’d like to see in these videos and we’ll do our best to demonstrate it, friends.