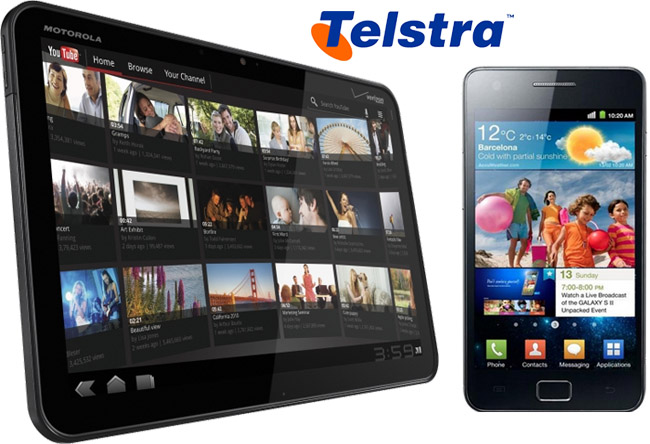 We’ve already told you Telstra is interested to bring Android 3.0 Honeycomb tablets (i.e. Motorola Xoom) to Australia. Well, that information is now confirmed with the release date set at some point in May. Unfortunately, we don’t know the price, but we do hope to see Telstra subsidizing the device to customers willing to commit on a two-year contract.

In the other Telstra news, although they still haven’t announced anything officially, it seems they’ll be also adding another Android product, Samsung Galaxy S II, to its offering. The info comes from the Bluetooth SIG, which recently approved Samsung i9100T smartphone. That “T” suffix usually means Telstra and we see no reason why that practice would change now.

Earlier we reported Australian retailer MobiCity will offer the Galaxy S II unlocked in April. However, they now say the shipping date is moved to May, and we presume that Sammy’s Android baby will hit Telstra’s portfolio at about the same time, as well…