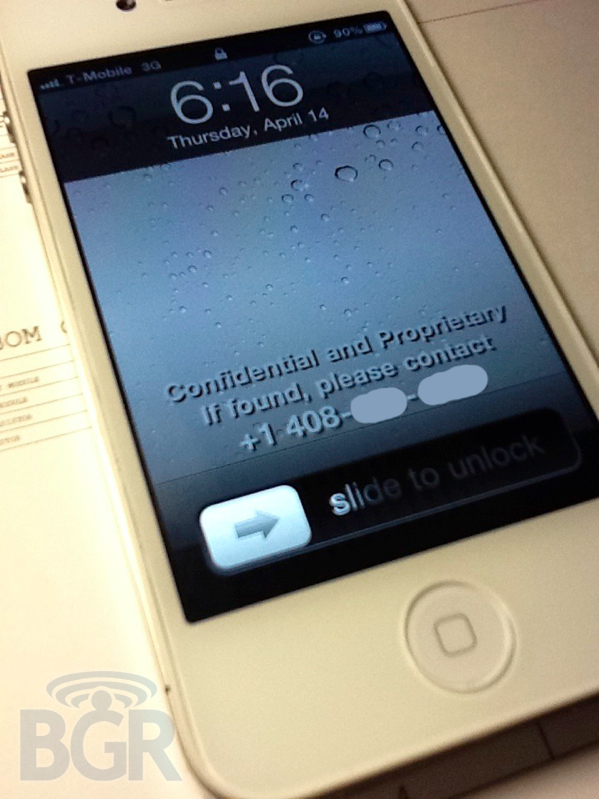 There’s a new iPhone coming out this year, that much is certain. We also know that it’s going to pack the A5 chip that’s inside the iPad 2, meaning the next iPhone is going to have a dual core ARM Cortex A9 processor along with some serious graphics horsepower. What we don’t know, which is to say the known unknowns as Donald Rumsfeld would put it, is what this next iPhone will be called, how much it’ll cost, what it’ll look like, and what operators it’ll support at launch. Images acquired by Boy Genius Report reveal a white iPhone prototype labeled N94 that’s connected to T-Mobile’s 3G network. That’s significant because there has yet to be an iPhone released that can support the AWS spectrum (1700 MHz + 2100 MHz) that T-Mobile uses for their 3G/4G network. The leak doesn’t stop there however, 9 to 5 Mac is saying that the prototype pictured above also packs Apple’s A5 chip inside. This begs the question, is the next iPhone simply just an iPhone 4, but with a new chip inside, effectively making it an iPhone 4S in much the same way the 3GS was just a 3G, but faster? And is said iPhone 4S going to support more 3G bands and possibly even be dual mode so that it can launch on AT&T, T-Mobile, and Verizon at the same time?

All will be revealed later this year, again we don’t know when, but don’t be surprised to hear even more rumors between now and when Steve Jobs gets on stage to show the world what Apple’s been working on. We wouldn’t be surprised to find out that the next iPhone looks exactly like the iPhone 4 of today. There’s little that can be done to make the device more handsome, and any radical internal changes, such as LTE support, will probably come with the 6th generation iPhone.

Will the iPhone 5 resemble the iPod touch?