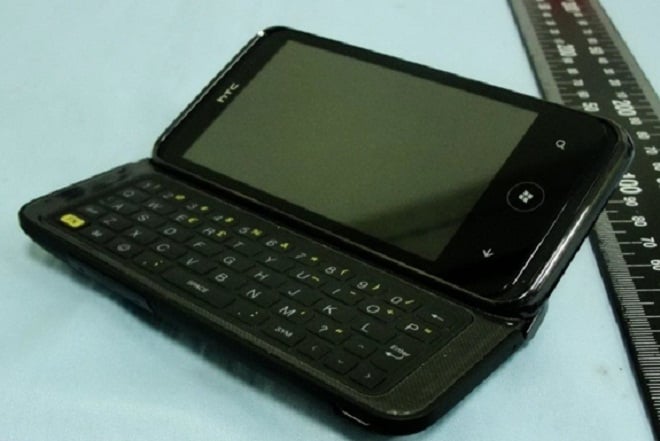 The HTC 7 Pro could be coming to Verizon Wireless soon and this would mark the first Windows Phone 7 device to land on Big Red.

You may recognize the HTC 7 Pro as the HTC Arrive, which just landed on Sprint. The folks over at PocketNow have unearthed some evidence that the device has been pinging some gaming sites with Verizon connectivity. It’s somewhat complicated how it gets to that conclusion but I’ll let you read that with the “via” link below.

What kind of device can you expect from the HTC 7 Pro? Well, our review sums it up like this:

The Arrive is in no way a bad phone, despite the issues I’ve run into with it. We’d just suggest waiting until we see what kind of new hardware is coming this summer before you make this jump. Still, the Arrive could be the perfect device for you, so we suggest getting the thing in your hands before making any final opinions on it.

Verizon has downplayed Microsoft’s Windows Phone 7 for a while now and much of that could just be that it’ wasn’t offering any handsets at launch. Now that Microsoft has rolled out the NoDo update for CDMA support, it may not be too crazy to see Verizon pick it up.

If the Windows Phone 7 handset lands on Verizon, this may help goose some sales and this is badly needed by Microsoft. The last time we heard about sales numbers, it was in the 2 million range and that’s not where Microsoft wants to be with this platform.

That’s why Microsoft is paying Nokia billions and billions to adopt the platform, as the world’s largest handset maker should be able to carve out market share with its scale. We’ll also have to see how big a role CDMA device like this 7 Pro play in the overall market.

Rumors have put the iPhone 5 out for release some time this fall, or perhaps even next year. I'm still...