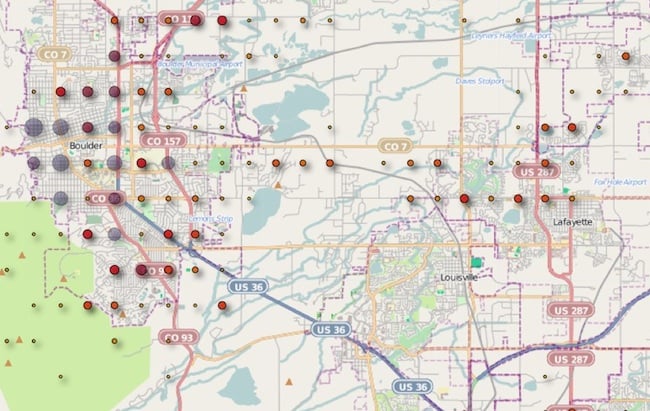 Apple’s iPhone has been making headlines these past few days for all the wrong reasons. Apparently each and every iPhone in circulation keeps a log file of where you’ve been and at what time. This data has privacy advocates freaking out, but what if this data can be used for good? In an article from The Wall Street Journal, arguments for how the aggregate use of the data that all mobile phones spit out can be beneficial makes for a compelling read that might make you reconsider your otherwise negative view on data mining. Researchers at MIT have shown that by combing through the data of over 60 families that live on or near the campus, they can tell which political party you’re likely to vote for and where you’re likely to be at any given moment. Network Physicists at Northeastern University in Boston took things one step further, and they say that with enough historical data they can predict your exact location with 93.6% accuracy.

Does it make you feel uncomfortable, that your behavior, which you’ve been lead to believe is a matter of free will, can so easily be put inside a mathematical algorithm and be predicted along with the rest of humanity? It’s a question that will make many uneasy, but the use cases for how this data can be made useful, from predicting the spread of disease, to letting city planners know how to better design public transportation routes, may make surrendering that little bit of privacy that you hold so sacred that much easier. After all, if you’re a user on Foursquare and already checkin to every new place to stumble upon, what does that say about your views of privacy anyhow? And if this data was kept secret, made accessible only to your operator who would then resell said data, but make it anonymous, how is it a bad thing?

Which companies are succeeding with Windows Phone 7?

It's been a few months since we've seen the release of the Windows Phone 7 platform and while total sales...