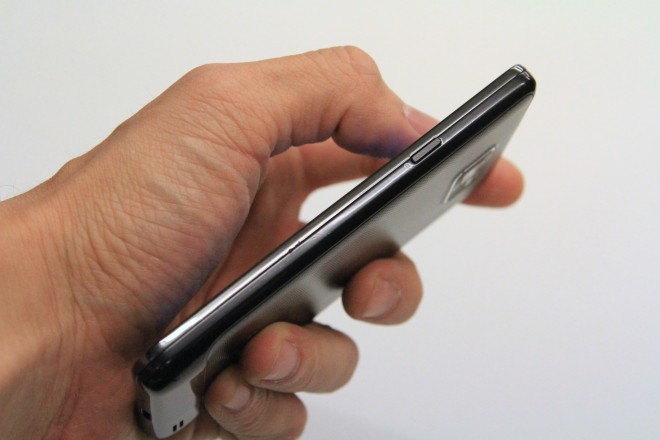 The Samsung Galaxy S2 is a super powerful Android smartphone and the company is also touting how slim it is in the latest ad below.

At 8.49 millimeters, this Android smartphone is thin enough to fit under doors if you believe this ad. We’ve had a chance to play with the Samsung Galaxy S2 at the Mobile World Congress show in February and we were impressed with how thin and light it was.

The Samsung Galaxy S2 isn’t just a pretty package though, as it also rocks a dual-core processor inside which will enable cool things like fast-app switching and being able to record in 1080p HD. Look for an 8-megapixel camera on the back with a flash as well and I was very happy with the previous generation’s capabilities to capture photos.

The Samsung Galaxy S2 should launch with the latest version of the TouchWiz UI, which will include a revamped skin and some more services. These should come to life really well on the Super AMOLED Plus screen, which boasts a 50 percent subpixel boost in brightness.

We’re still waiting on word when this will hit the states but it hopefully shouldn’t take more than a few months considering it was introduced in February. The previous version just landed last fall but it did eventually come to all four major U.S. carriers (as did the Galaxy Tab).

I’m actually pretty excited about the Samsung Galaxy S2 because it seems to combine a powerhouse phone with a slim, sexy design. That light feeling of the handset may turn some off who feel it’s “cheap” but I think it’s spot on. Now, I don’t know if I’d ever slip it under a door to apologize to a nice lady but I’d still like to make it mine.

Check out the ad below and let us know what you think.

The Motorola Droid X^2 is all but official for Verizon, and now we have some official press shots of the...