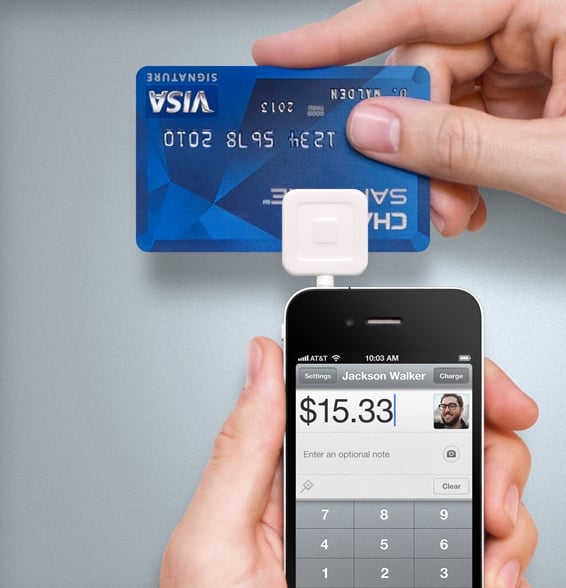 If you thought the Square credit card reader for the iPhone, iPod touch, iPad and Android devices was just a gimmick, think again. Thanks to the little device that attaches to smartphones and tablets via the headset jack, Square is now processing over $1 million per day. And now Visa has decided to invest in the company that is looking to change the mobile payment landscape.

According to the NY Times:

The investment, which the companies declined to quantify, is the clearest sign yet that Square is becoming a major player in the payments business, which has long been dominated by entrenched companies. A Visa executive will also join Square’s advisory board.

The upside to Visa is more than just returns:

But Keith Rabois, Square’s chief operating officer, said the relationship between Square and Visa was a natural one because Square could convert the 27 million businesses that don’t accept credit cards into Visa customers. Square is trying to become more mainstream through a new partnership with Apple to sell Square devices in its stores.

Clearly, Square isn’t going anywhere any time soon. And if you happen to conduct a lot of cash transactions via Craigslist or elsewhere, it might be a good idea to jump on the bandwagon as I just did.

Recently, Square partnered with Apple, where the iPhone maker now sells the credit card reader via its online store or its physical retail locations. It’s pretty evident that the company and the little dongle will take off in a huge way this year, but the big surprise for me is that it seems to have surpassed NFC and is poised to stay ahead – something I didn’t think would actually happen. While NFC still has a lot of promise, and also has different applications than Square, it seems like it will take a long while for it to really catch on.

AT&T owners who were hoping for a little T-Mobile G2x action on their network will be disappointed to know that...