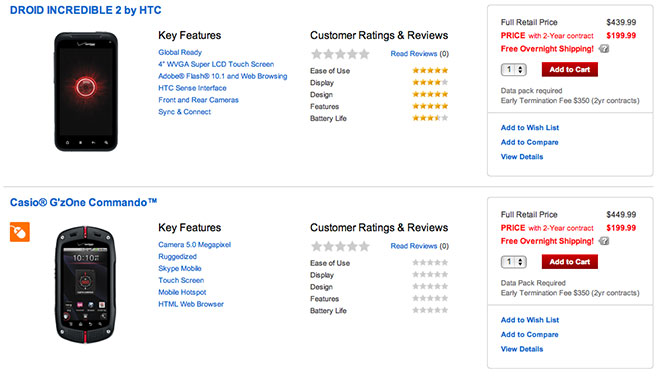 The Commando has the rugged good looks that characterized the previous G’zOne models. The Commando is the first model in the series to include a smartphone mobile OS. The Commando included the following features:

The Casio G’zOne Commando is now available online starting April 28 and will set you back $199.99 with a new two-year customer agreement. The Droid Incredible will be available beginning April 28 in both Verizon Wireless stores and online for $199.99 with a new two-year customer agreement. Both handsets are available at full retail for and $449 and $439 respectively.

Distimo has launched their regular report on app store figures, running down the highest-ranked free and premium apps across iPhone,...