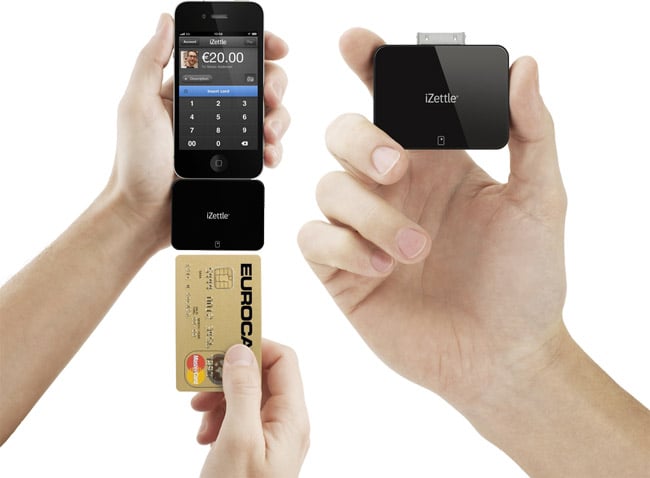 Although Square, which recently got the money from Visa, is a neat and compact device easy to carry around, many Europeans may not like it as it doesn’t support chip-based smart cards. Enter iZettle, a Stockholm, Sweden-based company which wants to solve this problem by introducing a credit card reader which does work with smart cards.

Instead of swiping a card, this little device lets you insert them into iZettle to read the chip contents. In that sense iZettle is not plugged on the headphone jack but on the Dock connector, making the device bigger than Square but I guess something’s gotta give.

Unsurprisingly, the company will first launch the new device/service in its own backyard in June with other European countries to follow. iZettle card reader will be offered free of charge, with the company taking a small yet unspecified percentage of the amount processed.

Aside from the regular card processing, users will also be able to share their spending with friends on Facebook and Twitter a la Blippy. The short iZettle promo video follows.