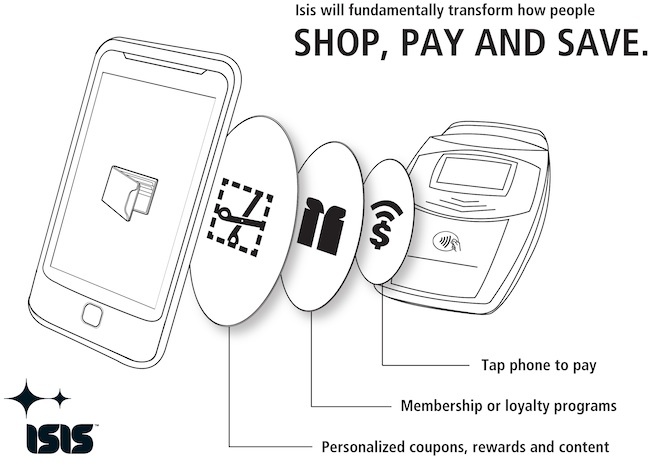 Last November we reported that AT&T, Verizon, and T-Mobile got together and formed a joint venture called Isis that aimed to make every new mobile phone sold near field enabled, thus turning it into a mobile wallet. Along with the 3 operators, Discover and Barclays signed up to help handle the actual financial part of the system. All of this was supposed to launch during the second half of this year, but last month we found out that Isis wasn’t even going to start trials until the summer of 2012. According to a new report from The Wall Street Journal Isis has had yet another change of plans, but this new strategy might actually be just what the doctor ordered. Instead of Isis becoming a competitor to the established players who have already successfully replaced cash, think of all the credit cards in your wallet, the new goal is to partner with Visa and MasterCard and make mobile phones that can store information about the plastic you already have.

This new direction maintains the status quo that exists today with Visa being responsible for 57.2% of all purchases made with a credit or debit card, MasterCard responsible for close to 25%, and Discover, the initial Isis partner, handling a mere 3%. What excites us the most is the fact that when we get our new phones we can type the 16 digit number on our little pieces of plastic and leave the house just a few seconds later and start spending. At least that’s what we hope the user experience will be like, we still have to wait about a year before it finally happens.

Now what about Europe and Asia, will a similar thing happen over there, will operators surrender to Visa and MasterCard and just build apps that let people use the cards they already own? Our gut tells us yes, but anything can happen.