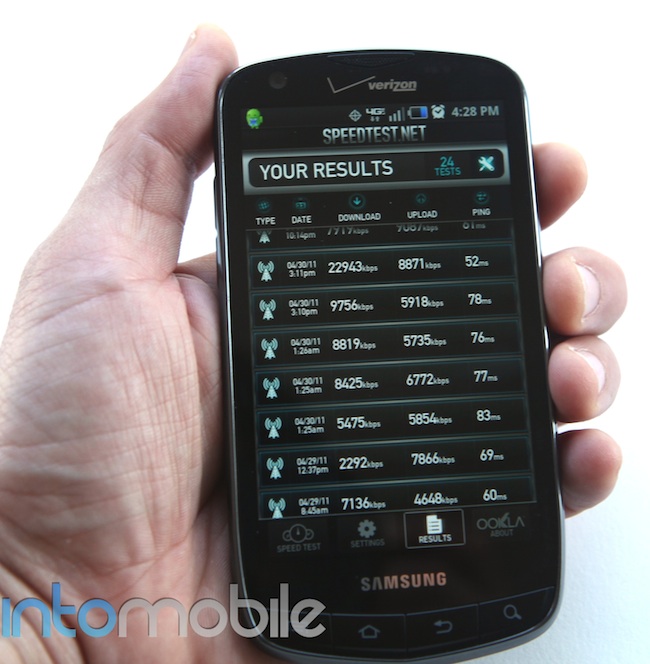 The bean counters over at ABI Research are going out on a limb and predicting that by the close of this year there will be approximately 16 million people using LTE. Considering that Verizon, during their Q1 2011 financial results conference call, said that there are only 565,000 people using their newly launched 4G LTE network, we’re kind of skeptical of ABI’s figure. Note that the 16 million estimate is total global users, but we have no idea how well TeliaSonera is doing in the Nordics, or how NTT DoCoMo is doing in Japan, or how O2 is doing in Germany, or … you get the idea. So far there are only 12 countries lucky enough to have LTE access, but that’s due to go up by Christmas time. With LTE users get to enjoy download speeds that measure from 15 Mbps with Verizon in America to 100 Mbps in Sweden thanks to TeliaSonera. Latency is also reduced so when you click on a link the website you want to visit begins downloading immediately. A majority of the LTE products out on the market today are nothing more than USB modems, but that’s soon going to change. Verizon already has 2 LTE smartphones out on the market and it’s rumored that LTE enabled GSM smartphones will come out by the end of the year from HTC.

It isn’t going to be until Qualcomm releases a Snapdragon platform that can handle LTE that we’ll see LTE actually go mainstream. Here in Europe many operators have equipment ready to be deployed, they’re just waiting for spectrum auctions to occur in the country they want to launch. Expect to hear a lot of flack about how many LTE bands there are once adoption picks up. Right now there’s 700 MHz in America, 800 MHz, 1800 MHz, and 2600 MHz in Europe, 2500 MHz in Japan, and there’s talk that AT&T wants to put LTE on T-Mobile’s current 1700/2100 MHz 3G network. Facepalm.

In-Stat: North America, Asia/Pacific, and Western Europe to account for 91% of tablet shipments in 2015

Although everyone and their mama are all about tablets these days, this phenomenon is not as global as one would...