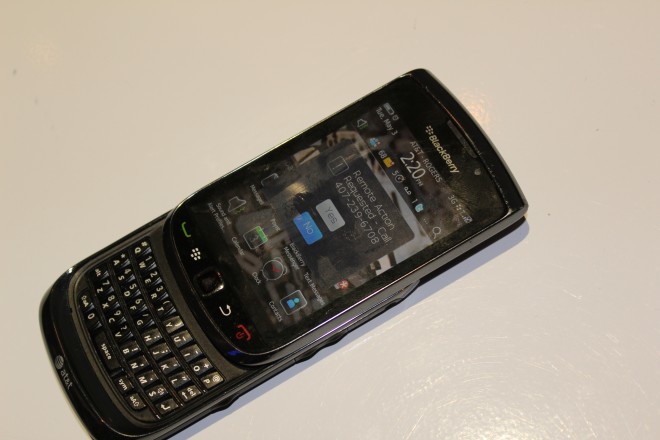 RIM has spent a lot of time cultivating and justifying Bridge, the Bluetooth pairing process that shares data between a BlackBerry smartphone and the new PlayBook tablet. Though they haven’t opened up that potentially promising mechanism to third-party app developers yet, that hasn’t stopped location-based search app, Poynt, from offering a pairing connection through standard internet protocols. With the new feature, you can launch into phone calls, add calendar items, create new contacts, or open up mapping directions on the smartphone from the PlayBook. The app has to be running on both devices in order to work, and the pairing is done through a matching keycode.

If you’ve never tried out Poynt, it’s an app for BlackBerry, Android, and iOS that uses your GPS coordinates to help you find what you’re looking for nearby across categories like restaurants, gas stations, events, businesses (through the Yellow Pages), people (through the White Pages), and movies. What sets Poynt apart from standard local search through something like Google Maps is that it integrates with a lot of the native phone functions, and extends well beyond serving up venue data. You can buy movie tickets through the app, reserve spots at restaurants, get directions to the closest gas station… The Android and iOS apps both include some pretty sweet augmented reality stuff to boot.

This feature really is a perfect example of how tablet and smartphone apps should be interacting with one another; use the tablet when the luxury of a larger screen helps you complete a task, and beam to the smartphone seamlessly when you need to take that task with you. It’s a shame that RIM hasn’t opened up Bridge yet to make that relationship a little bit easier, but the impression I got from them here at BlackBerry World is that we’ll end up seeing some API hooks sooner or later.

To try out the latest version of Poynt for BlackBerry, it’s hanging out in App World, or the Market if you’re on Android, and the App Store for iPhone and iPad below. It’s one of my favourite apps, not only for its utility, but also high grade of visual polish – being free also helps.

So far we've seen quite a few app building services but none of them was completely free. Enter appsbar, which...