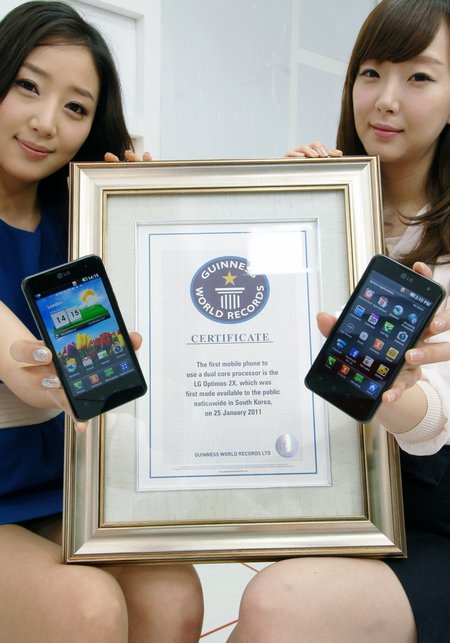 The LG Optimus 2X has found its place in the “Guinness World Record” list for being the first phone with a dual-core processor. Here’s what the official listing says:

The first mobile phone to use a dual core processor is the LG Optimus 2X, which was first made available to the public nationwide in South Korea, on 25 January 2011.

Other cool records set recently include Largest Easter Egg, Most Fans on Facebook in 24 Hours (1,571,161), Most cocktails made in one hour by a team, and my personal favorite – Largest serving of barbecued beef (for 20,000 guests). 😉

We've seen quite a few Apple products dipped in gold so why would the iPad 2 be any different? It...