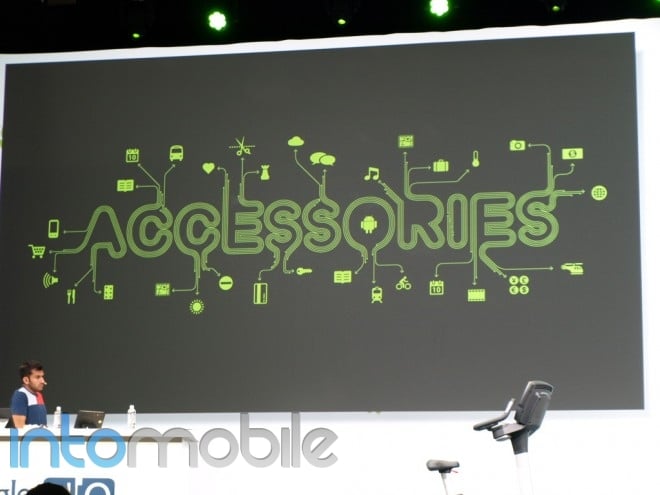 Google is moving right along as it just announced the Android Open Accessory Development Kit, which basically allows developers to create apps that will interface with accessories. Apple has been doing this for quite some time now with the iPhone and iOS, sort of like apps that work with dedicated accessories like Nike’s embedded chip in its running shoes, and now Android is in the game. The demo we saw at Google I/O showed an Android smartphone working in conjunction with an exercise bike, so clearly the possibilities here are pretty wide in range.

The Open Accessory API is available on Gingerbread 2.3.4 and Honeycomb 3.1, so you developers out there who have been waiting for an opportunity like this can jump right on it. Below are further details on the new accessory dev kit:

The Android Open Accessory Development Kit (ADK) provides an implementation of an Android USB accessory that is based on the Arduino open source electronics prototyping platform, the accessory’s hardware design files, code that implements the accessory’s firmware, and the Android application that interacts with the accessory. The hardware design files and code are contained in the ADK package download. You can buy the hardware components of the ADK if you do not already have them. The main hardware and software components of the ADK include:

You didn't think Apple iTunes would steal all the thunder, did you? Android Market now supports movie rentals, many of...