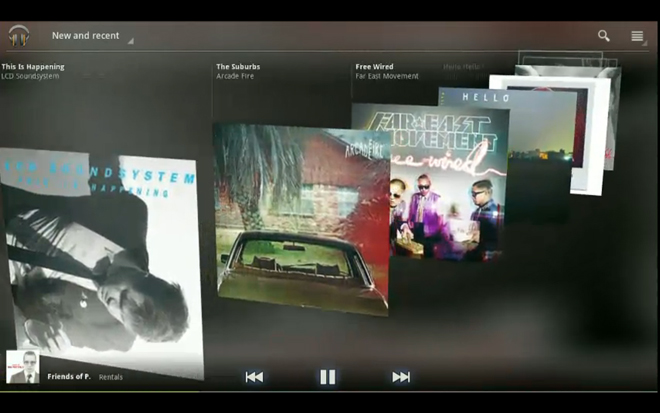 Today at Google I/O, the search giant went official with Music, a new beta service for the United States that will allow invited users to store up to 20,000 tracks in the cloud and stream them wirelessly to your Android phone or tablet. The app will work with Android 2.2 and up, and has all the features you would expect: playlists with iTunes and Windows media importing, search, ratings, local caching for recently-played songs (so you don’t have to worry about coverage), and a prediction engine called Instant Mix which will find songs within your library that matches up with what you’re listening to. There’s a web interface, so you can stream your music from any computer you like, too. With their recent accessory and home announcements today, Google Music will also work with wirelessly with enabled home entertainment systems.

We’ve already seen plenty of the app itself, but the service sounds absolutely great. I’m a little concerned about what Google Music will mean to subscription-based music services like Slacker, but it doesn’t sound like Google is allowing you access to any music library larger than what you’ve already uploaded (though the switch to a retail outlet after beta seems like a natural step).

You’ll be able to find Google Music in the Android Market soon, just make sure that you’ve been registered and accepted into the beta first. There’s a lot more happening at Google I/O this week so stick around!