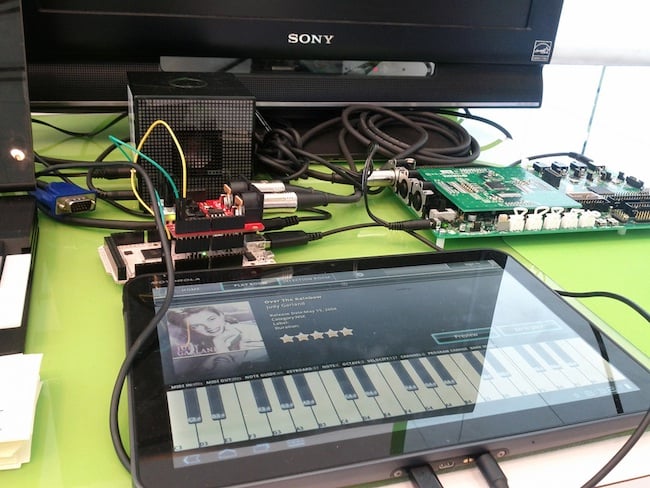 Matt Hershenson and Joe Britt are two names you’re going to be hearing a lot more often as Google’s Android operating system evolves. They were two of the three people who founded Danger, the company that built the Sidekick for T-Mobile and eventually got sold to Microsoft in 2008. The third cofounder of Danger is someone who you’re already familiar with, Andy Rubin. He left Danger in 2003, started his own company, and two years later got bought out by Google where he was tasked with building what eventually became Android. Back to Matt and Joe, what are they doing? According to an interview with Fortune they “spend their days building things that will turn into reference designs for Android peripherals”. If you think about how much time people spend interacting with their smartphones versus their personal computers, it only makes sense that Google starts thinking about how to make the smartphone the primary device you use to connect to the internet and get things done.

It isn’t a stretch to imagine that there will be a future where your mobile phone interacts with a wide number of connected accessories, as demonstrated at Google I/O earlier this week. Google showed off an exercise bike that connected to a Nexus S and displayed key information to help you optimize your workout, and they also showed off light bulbs that you could control from a Samsung Galaxy Tab. One day we’d like to imagine ourselves sitting at a desk, placing our Android powered device on a wireless charging mat, and then having a large screen light up asking us for our login information, which we would of course enter using the Bluetooth keyboard in front of us. That entire experience would be running all off of our phone.

What sort of accessories would you like to use in the coming months and years?