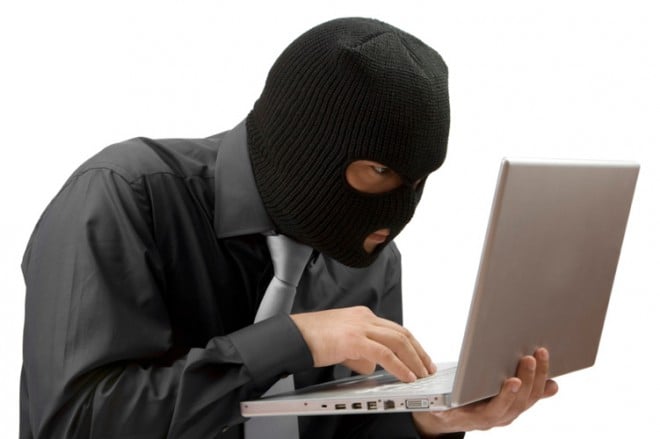 It’s easy to forget that our laptops and desktop computers are hubs for our entire lives. We do our banking online, send e-mails to our friends and loved ones, shop, store our photos and videos on our hard drives and a whole lot more. For most of us, our lives depend on these machines, yet we often fail to take even the simplest precautionary measures to protect out computers. But when Sean Power, a Canadian author and tech consultant, had his computer stolen, he was glad that he had taken care to install anti-theft software on his machine.

Power’s bag was stolen and it contained his 17″ MacBook Pro, birth certificate, health card and cell phone. Thanks to Prey, the software installed on his computer, Power was able to see the thief when he fired up the machine, and the thief’s name was revealed when he made the silly mistake of signing onto his (i.e. the thief) Skype account. Power immediately put this information out on the web via Twitter, and a number of willing good Samaritans offered up their help.

It didn’t take long for the Twitter community to figure out that the thief also happened to be a co-owner of a restaurant wherein the computer was tracked. So Power did what anyone else would and called the NYPD, but the police were unable to help because he didn’t file a report. And since he was in Canada for a few days, Power wouldn’t be able to file an official police report any time soon.

Eventually, folks from Twitter showed up at the bar to observe what was going on without making a scene. When it was clear that Power wasn’t going to get any help from the police, he decided to take action and called the thief himself. With the help of the patrons from Twitter, Power’s bag was secured and most of his belongings were in tact.

What transpired is still a mystery, but according to Power, the thief freely gave up the bag and its contents when he discovered that his identity had been passed around on the Internet, including a photo of himself using Power’s computer.

So, what’s the lesson here? As we become more mobile, and critical information about ourselves travels along with us – whether it’s on our laptops, cell phones or other devices – it becomes more important that we protect that information and the gadgets we carry. Don’t leave your stuff unattended, don’t entrust strangers to watch your things (e.g. “Hey there, cute and innocent looking coffee shop girl. Mind watching my things really quick while I head to the boys’ room?).

The much-awaited Samsung Droid Charge will go on sale for Verizon Wireless May 14 for $299 on a two-year contract...