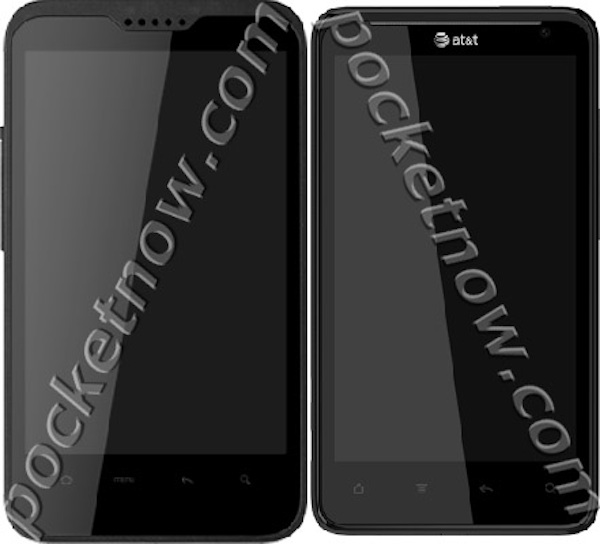 AT&T is set to launch a 4G LTE network this summer, about half a year after Verizon launched their 4G LTE network. While we don’t know what sort of speeds AT&T plans to offer, we do know that they’re going to have to surpass the 15 Mbps download and 5 Mbps upload speeds that most Verizon customers are getting today if they want to turn any heads. But on to the more important question, just what sort of devices will America’s largest GSM operator sell that can take advantage of LTE? Earlier this month we wrote about the HTC Puccini, a 10 inch Android tablet, and while that’s all well and good if you’re looking for something that fits between your mobile phone and your PC, what we really care about here at IntoMobile is smartphones.

According to several Android ROMs that have recently leaked we now know of 2 new handsets that will launch on AT&T that are also LTE capable: the HTC Lead and HTC Holiday. Both feature a 1.2 GHz dual core Qualcomm Snapdragon paired up with an Adreno 220 GPU. The Lead has 768MB RAM, whereas the Holiday has 1 GB. The Lead also features a 4.3 inch 800 x 480 pixel resolution screen while the Holiday has a massive 4.5 inch 960 x 540 pixel screen. The Holiday has an 8 megapixel rear camera and 1.3 megapixel front facing camera, while the Lead has a 5 megapixel shooter and nothing on the front. Another small detail is that the Holiday does Bluetooth 4.0, while the lead only does 3.0.

How much will they cost? What sort of battery life will they get? We’ll have to wait and see, but we’re hopeful that they’ll perform better than both the HTC Thunderbolt and Samsung Charge, not only due to the faster processor, but because the phones doesn’t have to attach to both a CDMA and LTE network.

Droid X2 shows up on Motorola and Verizon websites

Ok we get it. Verizon and Motorola will soon launch the Droid X2. If we can trust the latest rumor...