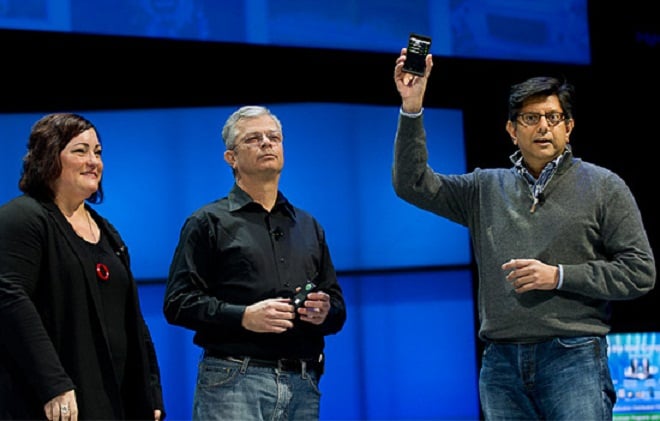 Intel is making a major push into the mobile space and the company promises that an Intel Medfield-based smartphone will be landing in early 2012. Will it be able to replicate its desktop success in the mobile sphere?

Intel is inside nearly every Windows and Mac PC out there but it hasn’t replicated that dominance in the mobile space because … well, it frankly hasn’t been a priority for the company. In the meanwhile, it is seeing the mobile space being dominated by ARM.

This is going to only be a growing problem as smartphones and tablets become the main form of computing for many people around the world. The Intel Medfield smartphone was expected in 2011 but early 2012 is probably not too late in the game for the company.

There’s no confirmation but there’s a good chance that this could be powered by MeeGo. We’ll be at the MeeGo conference next week in San Francisco and there’s a chance we may see a MeeGo-powered device made by LG.

Intel isn’t putting all of its eggs in the precarious MeeGo basket though, as it’s working on chips for tablets that will work with MeeGo, Android and potentially other operating systems. While it may not be on the tip of the spear with mobile innovation, you can be sure it will be a major player in this space in the not-too-distant future.

A new handset for T-Mobile has leaked out, which looks to be quite similar to the Infuse 4G for AT&T....