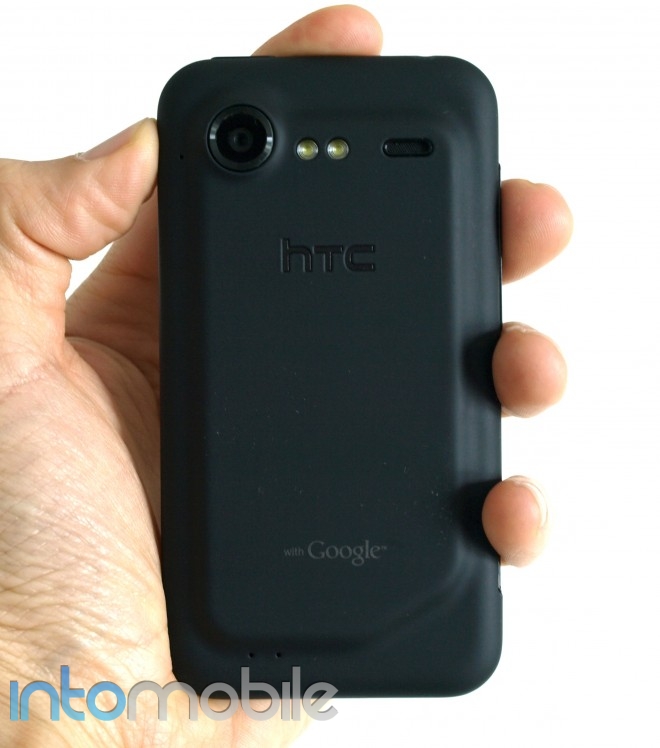 When Verizon launched the Droid Incredible last year, it was met with a good amount of fanfare. From its snappy processor, unique design, and overall great performance, many have been waiting for a successor of the hot handset. Well, that time is finally here, as the Droid Incredible 2 brings a handful of upgrades and offers up features that have remained unseen on any Android device to date.

But can the Droid Incredible 2 compete with the likes of Verizon’s LTE arsenal and the dual-core competition?

Read on to find out!

Available from Verizon for $199 on a new two-year contract 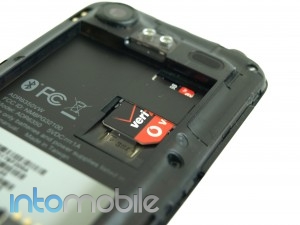 The Droid Incredible 2 is basically the CDMA version of theIncredible S, without the silver trim. The Incredible 2 is all done up in matte blacks, which helps it fall in line with the rest of the Droid family.

With the same 1 GHz Snapdragon processor that powers the HTC Thunderbolt, performance on the Incredible 2 is great. It may not have the dual-core innards as some other handsets out there,  but the experience is still smooth as silk. While the handset sports a 4-inch Super LCD display that takes up most of the front,  it’s actually quite a compact little device. In contrast, the T-Mobile G2X sports the same size screen, but is more long and narrow, making the device feel larger in the hand. The Incredible 2 is a joy to hold and the rounded edges only make it feel better.

At the very top of the face, you’ll find the earpiece with the Verizon logo below it. You’ll find the ambient light and proximity sensors here and the 1.3 megapixel front-facing camera to the right of the logo. The four standard Android keys are found at the bottom, but you can’t see any of them until the device is awake, which makes it look much cleaner when the device is off. HTC has made the soft keys rotate according to the phone’s orientation. This is a very unique idea that may not be the most useful but it’s nice to see HTC putting that amount of detail into a handset.

The top of the device houses the power/lock button, the 3.5mm headphone jack, and a microphone used for capturing video. 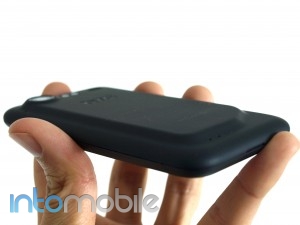 The right side of the device is clean, and you’ll find the volume rocker, as well as the charging port on the left side. On the bottom, you’ll only find a microphone and the tab to remove the back piece.

The back of the Incredible 2 is similar to the original with its stark, uneven, extra “layer”. You’ll actually find three more microphones for back here; two on the bottom, and one more at the top, next to the camera. The camera features a large sensor, which allows this 8 megapixel shooter to take some quality pictures. The dual-LED flash sits alongside the sensor, as well as the back speaker. There’s also the HTC and with Google branding on the back, but HTC still manages to make the rear of the device look clean.

Another thing we can appreciate about the backplate of the Incredible two is that doesn’t reveal itself to be a flimsy piece of plastic when you take it off. It’s rigid, yet light and will take a beating. The back itself has a soft-touch finish but it has less of a grip than we’d like it to. Also, this thing picks up fingerprints like nobody’s business and, unless you just washed your hands prior, the oils on your hand will appear easily on the back of the device. This is not a phone for the OCD people out there.

Despite its fingerprint-loving backside, the Incredible 2 still feels like a premium product that you want in your hand at all times – Preferably with a glove on. 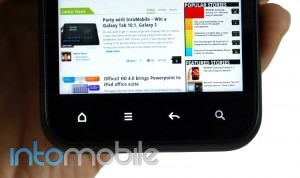 While the Incredible 2 may resemble its predecessor in plenty of ways, it would be hard to mistake one for the other. The Incredible sequel is void of the red accents that we so loved from the original and you also won’t find the optical trackpad on it, either. You’re left with a black slab. A sexy black slab.

The Incredible 2 is slightly wider than its predecessor to make way for the larger display. Luckily, it looks like HTC shrunk the height of the Incredible 2, giving you a device that fits almost perfectly in the hand. The handset also has a nice weight to it. The original Incredible was surprisingly light and, while it was a powerful handset in its own right, the weight of the handset made it feel somewhat cheap. That’s certainly not the case with its successor, as the weight just makes it feel more solid.

While it may be a finger-print magnet, the backside of the Incredible 2 is beautifully sculpted. It’s virtually identical to that of the original but with one less “layer” protruding from it. It’s very much a Droid phone, which usually evokes thoughts of machines or what have you, but HTC proves that the lineup can look sexy and be as powerful as the rest. 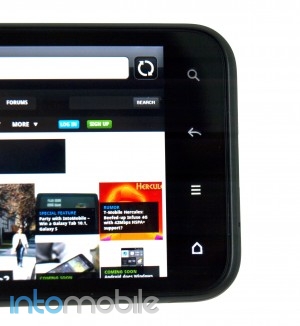 Not much is new on the software front if you’ve ever touch a HTC Sense device before. There have been a couple of tweaks to accommodate Verizon applications, and the app launcher itself has seen some changes as well. Still, there’s hardly anything to get excited for that we haven’t already described in painful detail before. Let’s do it again!

Sense is probably the most loved custom skin for Android and for good reason. It’s one of the most elegant looking user interfaces around and holds a wealth of customization options. From widgets to Sense-customized applications, HTC has invested a lot of time into this skin and it’s certainly paid off for them. It first debuted on Android with the Hero and Sense has evolved intelligently along the way. From new features like recent applications being placed in the notification bar, to downloadable themes – called skins – HTC Sense is one of the most dynamic and heavily integrated Android experiences you can find today. HTC succeeds with its custom UI, where others falter.

You’re given seven screens to fill up with applications and widgets, ensuring that you won’t run out of room. There are three dedicated options on the bottom of the screen at all times, your app launcher, phone dialer, and customization options. The application launcher now has a filtering option for all, frequently used, downloaded, and Verizon applications. It’s a nice option to have, but I found myself forgetting about it and just sifted through the large amount of applications.

Sense offers up hoards of customization options but when you hit the tab to add something, it’s almost overwhelming, which could make some users avoid it for a while. However, you’ll miss out on quite an awesome set of features like skins, scenes, widgets and more.

There’s a wonderful amount of bloatware on the Incredible 2 via HTC or Verizon. You’ll find Blockbuster, City ID, Let’s Golf, My Verizon Mobile, NFL Mobile NFS Shift, V CAST Apps, Media, Music, tones, Videos, and VZ Navigator all pre-installed, possibly making the Droid Incredible the most bloated handset we’ve seen. These applications can’t be removed, but that may change once the device is rooted, and something tells me that this handset will see a good amount of developer attention.

If you’re a sucker for benchmarks, then look no further. We put the Incredible 2 in a series of benchmark tests, as well as a network data speed test for good measure, even if it’s not a LTE device. The tests were conducted three times each, and the averages are displayed below.

We were a bit surprised with the results of the Quadrant benchmarks. Sporting the same processor of the Thunderbolt, which got an average of 1848, we were expecting something similar from the Incredible 2. Benchmarks aren’t everything, though.

The actual processor benchmark actually bested the Thunderbolt slightly, which had an average of 39.425.

The Incredible 2 fared well in the Neocore tests for a device of its specs, and 57 frames per second is hardly something to call bad. It may not be anywhere near the G2X’s 77FPS, but 57 is a nice accomplishment for the handset. 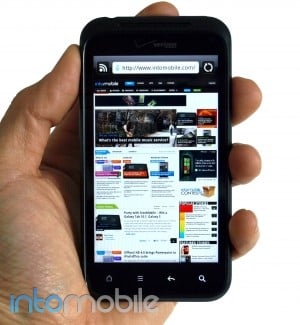 The web browser for the Incredible 2 is exactly what you’d expect to see if you’d ever used a Sense device before. HTC offers up some nice tweaks to the browser that rivals the stock Android browser in many ways. Our favorite feature is the ability to jump to a different window just by pinching the screen, revealing all open webpages in the browser. Other tweaks in the bookmarks section are nice as well and we wish Google would spruce up the stock browser accordingly.

The Incredible 2 is a multimedia champ, offering up one of the best music players for an Android device. One of the newer features in the music and video players for Sense are dedicated tabs for connected media (there’s also a dedicated application), which will allow you to view and listen to content from shared media servers. However, the music player couldn’t seem to pick up my the PS3 Media Server I have running, where other DLNA apps I downloaded from the Android Market detected it and played back content perfectly. If you need more content, the handset also ships with Verizon’s V-Cast Media, Music, and Videos applications.

The Camera on the Incredible 2 is quite impressive. Pictures come out crisp and the shot-to-shot time is very quick. Low-light shots suffer a bit but we were glad to see that the dual-LED flash illuminated the subject well without washing it out completely.

Video, on the other hand, was a bit of a miss. While the video quality is crisp and clear, it stutters quite a bit when panning around. This is similar to what we saw with the Desire HD and Inspire 4G and we were hoping the issue had been addressed by now. Still, the camera on the Incredible 2 performs very well. 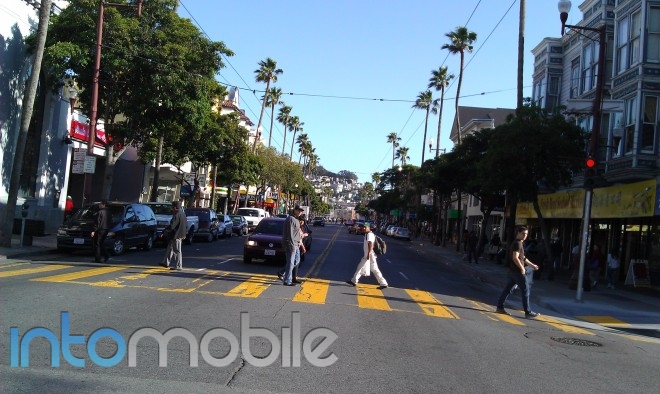 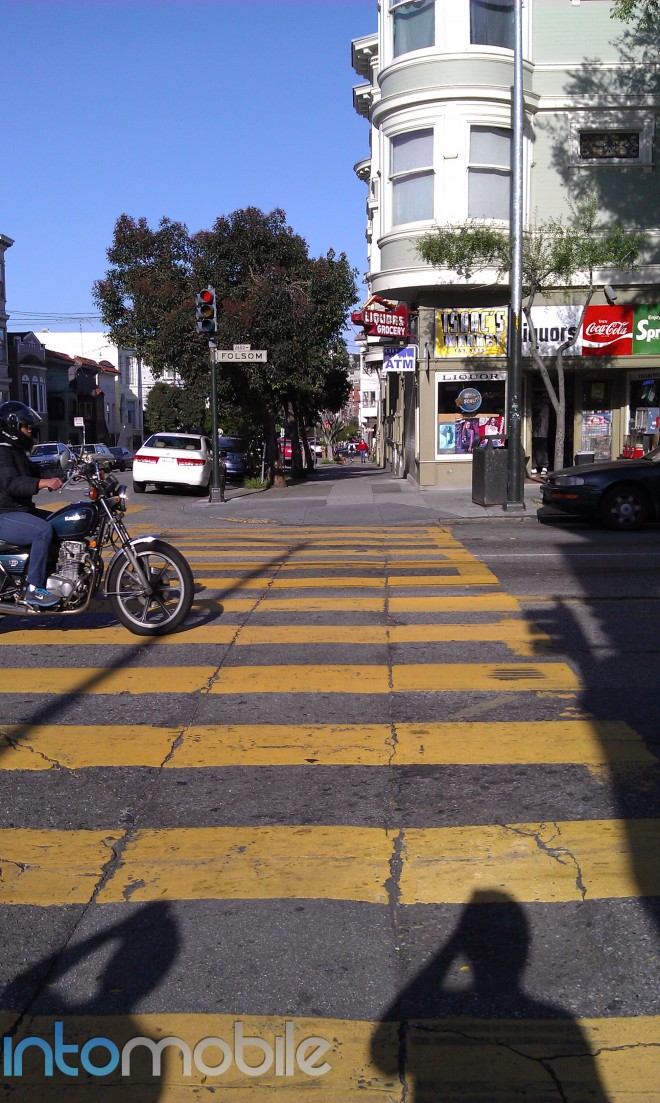 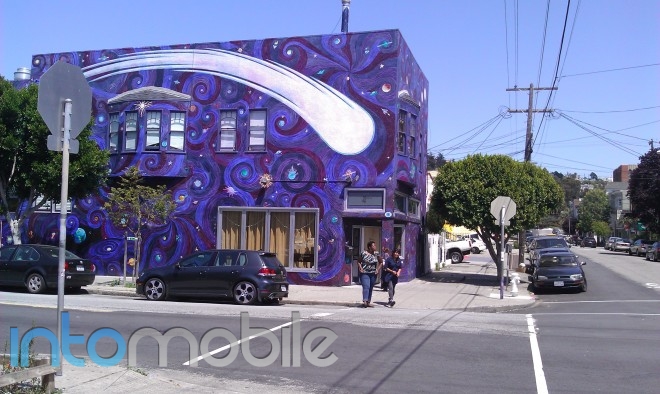 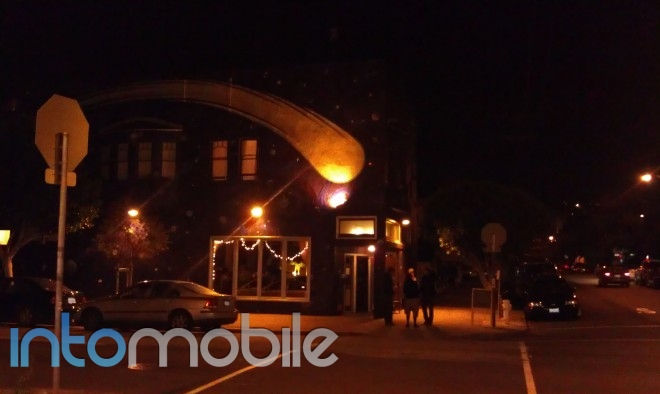 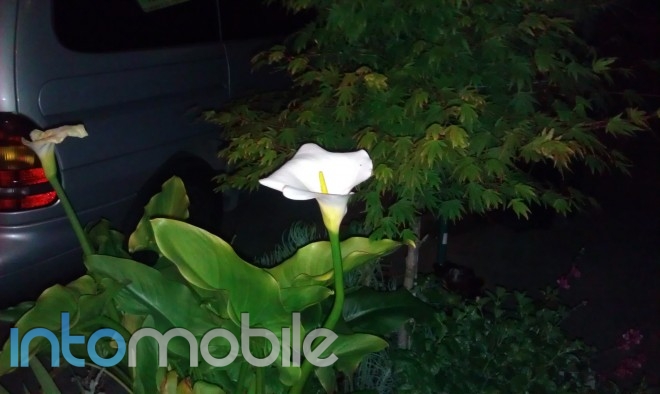 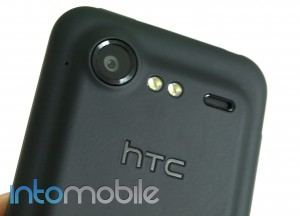 Call quality for the handset is what you’d expect from a Verizon smartphone these days: excellent. Both ends came out loud and clear, with no static or white noise to speak of. The only thing we could wish for is for the speaker to be louder for conference calling. Nonetheless, call quality should be the last of your concerns with this handset.

Battery life is on par with what you’d expect to see on a handset of this caliber, getting through a day, but just barely. I didn’t bother to turn off GPS, WiFi, or the screen brightness, so the handset surviving a day with moderate usage and everything turned all the way up/on speaks well for the Incredible 2. Battery life will vary depending on your usage, but you should definitely be able to get a day’s use out of the handset.

Just how Incredible is this sequel?

Unlike movie sequels, successors to phones are nearly always better than the original. The Droid Incredible 2 is no Scream 4, as it’s a solid piece of hardware that delivers the goods in almost every area. However, the handset is in an odd place in Verizon’s lineup: It’s not a LTE device and it doesn’t ship with a dual-core processor, which brings it down to the lower end of Verizon’s selection. It’s hard to take away points for this, but there aren’t too many standout features within the handset to choose it over something else.

The Droid Incredible 2 should easily satisfy those who were fans of the original by beefing up the display, processor, and features, making it a well-rounded, powerful handset. Unfortunately, it may be eclipsed by the rest of Verizon’s portfolio.

The Nexus S 4G from Sprint is a highly-capable Android smartphone and Sprint knows exactly what you want to do...