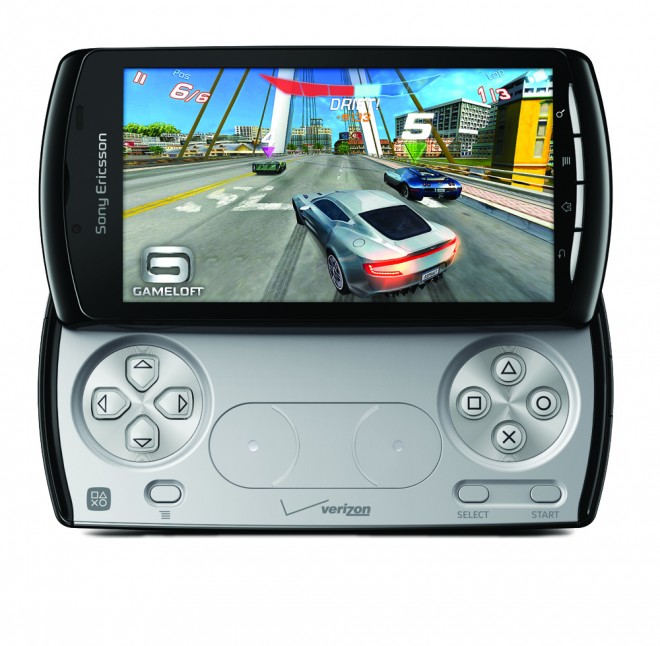 Sony Ericsson’s PlayStation phone, the Xperia Play, has been in Europe for a little while now, and up in Canada for the last couple of weeks, but Americans will be getting their turn soon. Sony Ericsson just announced that the launch date on Verizon is set to May 26, with preorders starting the 19th. (this Thursday) with a $199.99 pricetag on a qualifying two-year contract. We were expecting Verizon to launch this one after seeing the CDMA model swing by the FCC

The Xperia Play has dedicated slide-out gaming controls similar to what you might be used to on a PlayStation controller: dual joysticks, directional pad, shoulder button, and four primary control buttons. Seven quality game titles will come preloaded, including Madden NFL 11, The Sims 3, Crash Bandicoot, and Tetris. As a phone, the Xperia Play packs some respectable specs too; it runs Android 2.3 Gingerbread, has a 1 GHz processor, 4-inch 854 x 480 display, 5 megapixel rear camera, front-facing video camera, and the usual fare like 3G, Wi-Fi b/g/n with mobile hotspot and DLNA home media sharing, GPS, and Bluetooth. We’re getting our Rogers review unit tomorrow, and will be sure to let you know how she runs before the Verizon launch, but in the meantime, you can check out our hands-on impressions and video from CTIA.

If you’re looking for a more traditional Android slider, Sony Ericsson will be launching a new version of the Mini Pro shortly.

At the Reuters Global Technology Summit today Jen-Hsun Huang, the CEO of NVIDIA, told reports that in roughly 2.5 years...