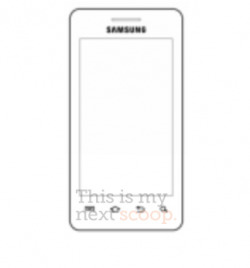 A new handset for T-Mobile has leaked out, which looks to be quite similar to the Infuse 4G for AT&T. Sounds all fine and dandy, right? Well, Magenta’s variant packs a punch that you won’t find on the Infuse. With a codename like Hercules, the handset is already living up to its name. On paper, at least.

We may not get to see the Hercules land on T-Mobile shelves until sometime in August, but it may be worth the wait. While we can expect more to come down the pipe, the Hercules may be one of T-Mobile’s first handsets to support 42Mbps HSPA+. Most handsets seem to only give you half the speed it advertises, but 21Mbps still sounds like a good deal if you ask us. If Magenta already has plans for a handset to support the snappier network, let’s hope a larger roll-out will start in the very near future.

The Hercules will sport a 4.5 inch Super AMOLED Plus display, Android 2.3, 1.2GHz Qualcomm APQ8060 dual-core processor, 8 megapixel camera with flash and 1080p HD video capture, front-facing camera, HDMI via MHL (womp womp), 16GB internal memory, and microSD card slot (expandable to 32GB). The beastly specifications should easily make the experience fast and smooth, and with the Super AMOLED Plus display onboard, watching videos will be crisp and clear.

According to This is My Next, the Hercules could have a price point near $350. We can only wish that this is the off-contract pricing, but you can’t even purchase a Motorola DEFY for that price with no two-year agreement from the carrier. T-Mobile could advertise this handset as a multimedia device because of its larger display, even if it isn’t much bigger than handsets like the Droid X or EVO 4G. Either way, we can’t wait to hear more about this Greek demigod.

I love thin and sleek devices as much as the next gadget fanatic, but when we hear that Apple is...