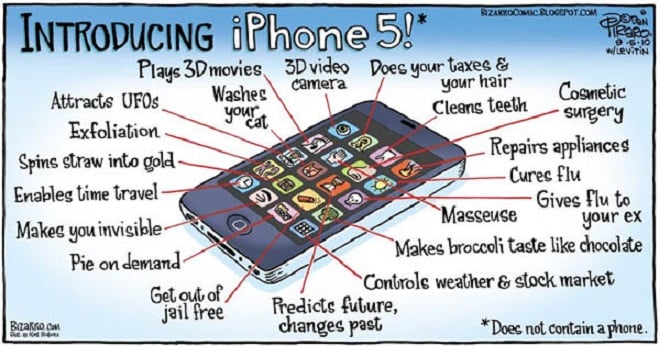 We’ve heard a lot of rumors now about the iPhone 5 and that it will be a dual-mode GSM/CDMA device. That means one iPhone will be produced by Apple and it could work with CDMA networks, such as the one Verizon or Sprint uses, and also GSM, which is used by AT&T and T-Mobile in the U.S. While the rumors have been flying, what we never expected was for a telecommunications executive to confirm it.

According to Electronista, Verizon CFO Fran Shammo claims that the iPhone 5, or the next-generation iPhone, will employ both GSM and CDMA radios.

The executive wouldn’t say whether or not the new iPhone would use LTE, although both supplier leaks and Apple’s own repeated comments about design sacrifices have largely ruled it out. Its presence or absence wasn’t worrying to Shammo since the company already had its 4G-aware Android phones.

It would be really nice if the new model iPhone supported Verizon’s exceptional LTE network, but only time will tell. If the Apple and China Mobile discussions indicate anything, we just might see some 4G iPhones for other networks, too.

It’s a bit odd that an executive from a wireless carrier would make any comments regarding Apple’s plans for future products. Any news or information about unreleased or unannounced products for Apple are almost non-existent, so it’s a bit of a surprise to hear this info coming from Verizon.

Now one has to wonder whether switching networks or carriers with the new iPhone will be a matter of just getting carrier unlock codes. If this turns out to be true, it’ll be an interesting change in the industry. There are already world phones out there capable of working with GSM and CDMA networks, but none so widely adopted as the iPhone. Would you be more inclined to switch carriers if necessary if you can take your iPhone with you anywhere?

It looks like the times are a changing for Verizon Wireless and its data plans, as the nation's largest carrier...