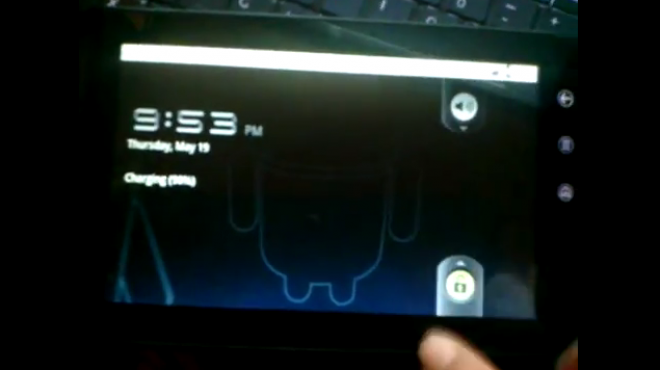 Have an Android Honeycomb tablet and wish you could go down to a lower version of the OS? If you said yes, you’re crazy, but there is a way to get the Gingerbread user interface onto a Honeycomb tablet with little effort.

To test this out for yourself, you must have a rooted Honeycomb device. How you decide to change the LCD density is up to you, but there is a free application in the Android Market called LCDDensity for Root. Sure enough, after switching the density on a ViewSonic G-Tablet tablet running Honeycomb, the Gingerbread UI popped up. You’ll see the familiar application launcher, notification bar on top, and all Gingerbread-compatible widgets will remain in the same place as your Honeycomb setup.

So why is Gingerbread hiding underneath Honeycomb? We’re not terribly sure. In my early days of hacking and installing Android ROMs, sometimes when a build sports a custom user interface, it would crash sometimes and go back to a stock Android setup. Whatever the real reason is behind this it may tell us that the two versions of the OS aren’t all that different. Either way, this is a pretty interesting find, even if it doesn’t mean a thing.

To get the Gingerbread UI on Honeycomb all you have to do is change the LCD density to 170 or above and after a quick reboot it will appear in place of the 3.0 UI. Getting back from the UI is just as easy, as you only need to change the density back to the default level, but I just rebooted my tablet and it was back to normal.

Check out the video below to see the process in action. The video shows a different way of setting the LCD density and you get the same result no matter which method you choose.