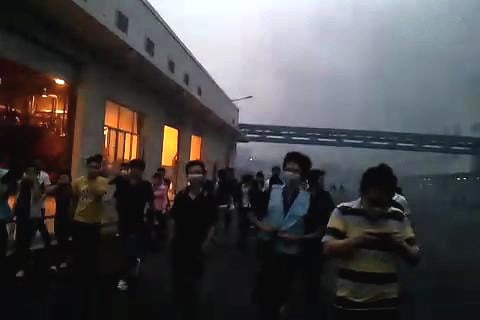 An explosion occurred recently at Foxconn’s Chengdu plant, and two workers were killed while several others were injured. No one knows the cause or the severity of the incident just yet, and the company has yet to release an official statement. But according to Engadget, “[. . .] witnesses saw a lightning hit the A05 building before the explosion took place — it is believed that this is a case of dust explosion, and security guards were allegedly telling evacuees that the smoke was toxic.”

It sounds pretty rough for the workers at Foxconn, some of whom were under so much stress that they ended up committing suicide. The company, who manufactures and assembles parts and devices for the likes of Apple and Nintendo, fell under heavy scrutiny and its working conditions came into question after employees began killing themselves.

Hopefully the number of those fatally wounded and injured are low as official reports have yet to come, but we’ll keep you abreast as soon as more news comes our way with this developing story.

Trimble, which we know for their outdoor navigation apps, acquired privately-held MyTopo based in Billings, Montana. MyTopo provides print and...