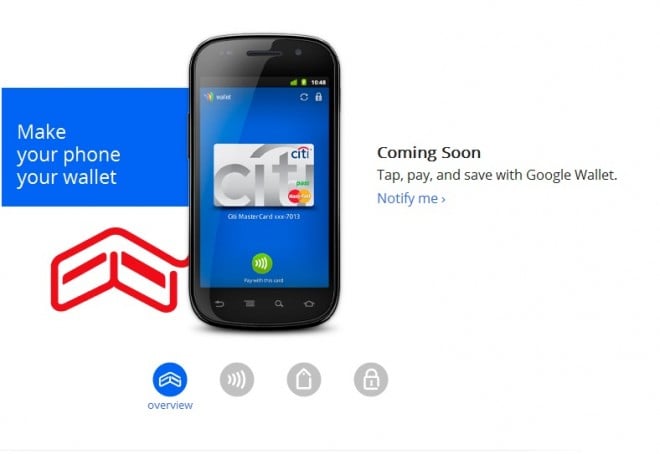 Google made a big splash this morning with the introduction of Google Wallet and this has the potential to finally turn your phone into your wallet using NFC technology. The idea is that the Google Wallet app will let you swipe your phone against special terminals to pay for things and with big-name partners like Citi, MasterCard and Sprint, this may have a chance of cracking the mainstream.

Of course, we’ve been hearing that your phone will be your wallet for years now, so the IntoMobile team will break down what this means to you.

Google Wallet seems like a step in the right direction when it comes to mobile payments and where NFC should be heading. I’m pretty excited for its potential – anything that will help me leave my wallet at home is just fine by me. To be able to pay for coffee, drinks, food, metro cards and more with my phone while earning loyalty points is a great idea. On a similar note, I’m also pretty hopeful for what Square payments will do, especially in light of its new Square Register and Square Card Case announced earlier this week.

Mobile payments wouldn’t just make life so much easier for those of us who prefer to use our smartphones for just about everything, but it’s going to be a multi-billion dollar business, too. Banks, credit card companies, merchants and investors would be wise to look into the future of NFC and mobile payments and get on the bandwagon early. It could also help speed the advancement of NFC adoption, too, and I’m all for that.

The Samsung Nexus S clearly signalled Google’s intention to get into the NFC game, and today we’re seeing just how far they’re looking to go. Mobile payments are a good start to making use of the technology and it’s exciting to see the Android app will include gift and loyalty card information on top of the standard transaction stuff. In the long haul, it looks like other uses, like boarding passes and concert tickets will be handled through the wallet, but I would go so far as to say that every primary use case deserves an app in and of itself.

In the early days, NFC might be a small enough niche to lump everything into one app, but as more hardware manufacturers get the chips in their phones, it’s easy to imagine a world where everyone’s tapping their phones on just about anything.

RIM is also poised to agressively move into the NFC space (and they already have a foothold in the idea of a mobile wallet), but Android has so much momentum right now and the cooperation of some well-established partners, so it’s easy to see them getting a head start.

The introduction of Google Wallet isn’t all that surprising, and I’m a bit on the fence about it. I mostly do like the idea of having the option to pay for things with my phone but cash is king in this economy and unless my phone will start dispensing twenty dollar bills when I need it to, I’ll likely hold on the my physical card for a long time. The world may be moving to mobile payments but my local dive bar isn’t.

Just like most things Google releases, it will get better with age and many may not see the true potential until a year from now. By then, NFC-enabled phones will everywhere and average Joe will be upgrading his handset only to find that this new phone can replace his wallet. Tech enthusiasts like ourselves help fuel the adoption of technology like this, but its when the average users jump on board en masse could we call this a successful venture. Still, I’m excited to see how this unfolds.

Yawn. Wake me up when this is available on more than one phone on one carrier and when it can be accepted 90 percent of the places I go. Don’t get me wrong, I echo the sentiments of my colleagues on the potential but I’ve been burned one too many times with mobile payment solutions.

I actually think Isis has a better chance of making this happen with the mainstream, as it has three of the largest carrier on board, as well as MasterCard and Visa. It will actually be very similar to Google Wallet because you’ll be able to do rewards and other services with this app. I’m also not too keen on giving Google even more of my information.

Another thing that freaks me out is that I’ve found the Nexus S 4G on Sprint has terrible battery life, even if you turn off 4G. Sure, if you’re constantly shutting down apps you can eek out a full day but I’m not confident in battery technology to go out without a backup payment option.

So, you’ve heard what we think about Google Wallet, so sound off in the comments and tell us what you think.