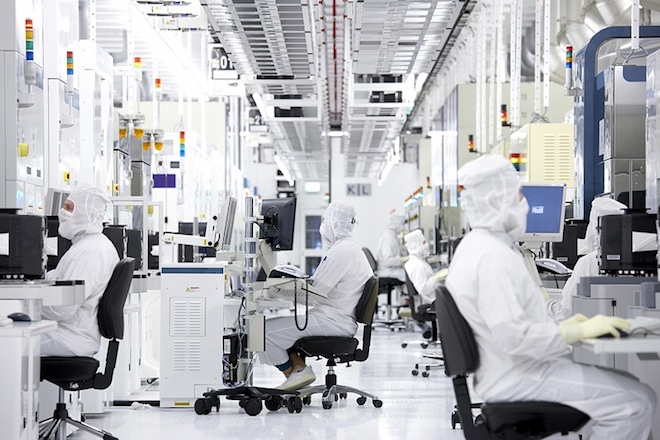 While Intel has repeatedly struggled to get their chips inside mobile phones, there’s one thing they are good at and that’s creating remarkably tiny transistors. Intel’s factories, or fabs as they’re called in the industry, churn out chips using some of the most advanced techniques known, but the thing is they’ve never built processors for anyone but themselves. That Qualcomm, NVIDIA, or Texas Instruments designed processor inside your mobile phone was probably made by either TSMC (Taiwan Semiconductor Manufacturing Company) or UMC (United Microelectronics Corporation). There’s nothing wrong with either of those two chip building companies, but with Intel coming out with stuff like 22 nanometer 3D transistors, they simply can’t compete with the best. According to Reuters, Intel is willing to change their mind and are open to the idea of letting companies, who today they regard as competitors, use their fabs to make their own chips.

Intel Chief Financial Officer Stacy Smith says: “There are certain customers that would be interesting to us and certain customers that wouldn’t. If Apple or Sony came to us and said ‘I want to do a product that involves your IA (Intel architecture) core and put some of my IP around it’, I wouldn’t blink. That would be fantastic business for us. Then you get into the middle ground of ‘I don’t want it to be a IA core, I want it to be my own custom-designed core,’ and then you are only getting the manufacturing margin, (and) that would be a much more in-depth discussion and analysis.”

If Intel went ahead and actually started making processors for Apple, say the next generation A6 that’ll surely be announced at some point in 2012, then it would be a historic event. It would mean that Intel would get to pick and choose which companies they can give an advantage to in the market, and which are going to be left behind.

Just when we talked about a growing number of mobile phone users in North Korea, the government reacted... badly. Their...