The LG Revolution is the third smartphone for Verizon that can use the 4G LTE network. In our review, we’ll try and determine if this is on par with other phones in the market, including the 4G LTE-capable HTC Thunderbolt and Samsung Charge.

With handsets like the T-Mobile G2x and the Optimus Black, LG has been on a roll with the high-end handsets. Does the LG Revolution keep that positive streak alive? Read on to find out, friends.

Available for Verizon Wireless now for $249 on a new contract 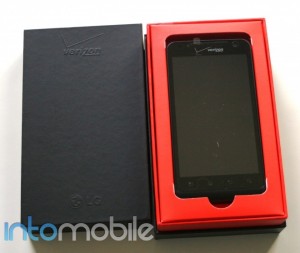 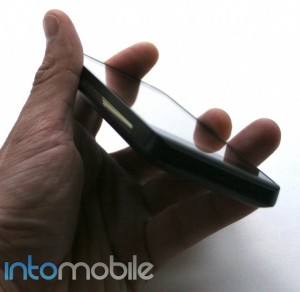 The Verizon LG Revolution is quite a big device and that’s to be expected with the 4.3-inch screen and the large 4G LTE modem. The 480 x 800 display takes up the majority of the face and it’s quite crisp and responsive. The face also has the four standard Android buttons under the screen as capacitive keys and there’s also a notification light and the front-facing 1.3-megapixel camera above the screen. I dig the notification light, as the default shows a very bright blue light that’s quite noticeable when you have a message.

Along each spine there’s a silver bar that’s half decoration and half ports. On the right, you have the volume rocker and the HDMI-out port and the left spine has the microUSB port for charging and sideloading content. You have to pull open a little door to access the HDMI and microUSB ports and these are connected via a flimsy piece of plastic. I would have preferred just open ports or a sliding door like what’s on the Galaxy S lineup.

On the bottom, you’ll find a microphone hole and the ridge to open the battery door. The power/unlock button and the standard headphone jack can be found on the top.

The back is made of a smooth, dark grey pastic that feels nice in the hand. Like the G2x, there’s a stripe down the middle but this one’s dark black and it shows off the various branding (LG, Verizon, 4G LTE) and the 5-megapixel camera and flash. There’s also a large speaker strip on the back which is pretty loud for music and conference calls.

Popping open the battery cover is simple and it reveals the 1500 mAH battery, a microSD card that’s not hot swappable (comes with 16 GB, can handle up to 32 GB) and a 4G LTE SIM card. That’s right, Verizon 4G LTE uses SIM cards so get used to that weird interference sound if you keep it near your computer speakers). 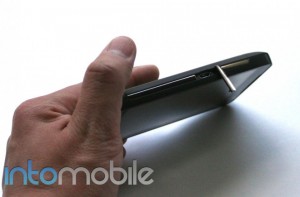 At 6.06 ounces, the Verizon LG Revolution is quite a heavy phone but it’s not beyond the point of comfort. It’s also quite a thick phone and it’s tough to call the design “chic,” “sexy” or elegant. That’s not to say it doesn’t have its charm though.

It’s about as thick as the Samsung Droid Charge on the top and the bottom but it’s much thicker along the body. It’s not a brick though, as LG has smartly put some curves along the back to give it a good in-hand feeling. It fits nicely in most pockets but some of you skinny jean wearers out there may have some difficulty.

Additionally, the materials used make it feel like a high-quality devices, unlike the somewhat cheap feeling that’s associate with Samsung devices. The exceptions are the port doors which feel like they may snap off depending on how rough you treat it.

I’m also not a fan of the silver trip on the spines and find the port doors to be quite a hassle and cheap-feeling. With that being said, there’s something charming about the LG Revolution design – it’s not trying to be hip, as it’s just wants to be a big powerhouse device. The more style conscious of you may want to nab the HTC Thunderbolt or the Droid Charge but those looking for a big, bad beast of a smartphone may want to look at the LG Revolution. 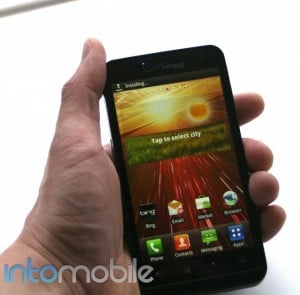 The Optimus UI was found on the international version of the G2x and on the Optimus Black and it’s an assertive skin that’s not too aggressive. You can watch the video below for a good example of what I mean but I believe that LG mostly made good decisions with this. Is is worth not having Gingerbread? I’m not quite sure.

You have seven home screens on the Verizon LG Revolution and LG includes a variety of widgets for news, social networking aggregation and more. I’m pretty set in my Android ways, so I probably wouldn’t use these full time but they’re not bad and each has a nice visual flair.

Customizing your home screen is as easy as doing a long press and this brings up a grid menu for adding widgets, shortcuts or changing your wallpaper. Like we’ve seen with HTC Sense, TouchWiz and MotoBlur you can zoom out to see all of you home screens at once.

The app menu has also been tweaked, as it’s now divided into separate categories like Communication, Media, Downloads, etc. This can easily be managed and adjusted with a few clicks but I wonder if this organization is actually worth it – it takes me little longer to find the apps I’m looking for than with a standard app tray. Oh well, that’s what the home screens are for, I suppose.

The skinning is quite pleasant but there are some weird inconsistencies. For instance, you have four apps at the bottom of your home screen which are customizable by dragging an app from the app tray but it won’t work if you drag a program from the home screen. Weird. Also, part of me thinks that if you’re going to muck around with Android, you might as well go all the way and make it pretty like HTC Sense.

I’m also not a huge fan of the LG keyboard, as I’ve found its auto-correct to be woeful. It often gets what I want wrong and it doesn’t learn well. It also comes with Swype and you have the various third-party options you can download from the Android Market. 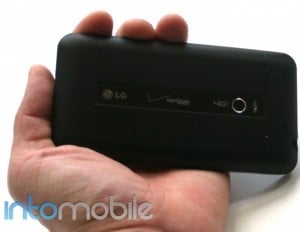 The Verizon LG Revolution comes with Bing as the default search and maps and I couldn’t find a way to change this as the default, as you can’t uninstall it unless your device is rooted. I’ve found that Bing is every bit as good as Google search for most things (it lags in news but is better in image search) but it’s different if you’re used to other Android devices. It’s easy to download Google Search or Google Maps but it won’t be as tightly integrated with the Search button. It’s different but I wouldn’t call it a deal breaker by any means.

We put the Verizon LG Revolution under some benchmark tests to see what kind of power it’s bringing to the table. Using Quadrant, Neocore, and Linpack, we benchmarked the handset three times with each application and averaged out the scores. In parenthesis, we have the benchmarks of the Samsung Droid Charge.

The Verizon LG Revolution has a relatively standard Webkit-based browser than can be found on most Android handsets. The pages load quickly thanks to the 4G LTE network and the big screen makes things highly-readable. I like the auto-zoom and intelligent zooming, too. While there are third-party options like Firefox and Skyfire, I think most of you will be satisfied by the stock browser. 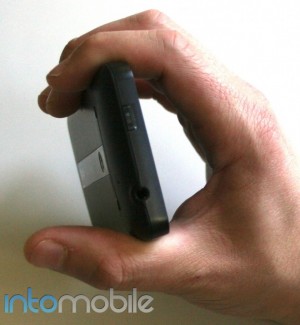 Like most Android phones, the Verizon LG Revolution does a fine job at handling your music and videos but the experience is not quite as integrated out of the box as the iPhone. The LG Revolution is the first Android handset to come preloaded with the Netflix app and it’s a cool way to watch movies and TV shows if you’re a member. The interface is nice, it’s easy to manage your queue and videos stream nicely with the 4G LTE network. The big screen works really well for movies that you stream and sideload.

You’ll also find the Bitbop service preloaded (kind of, the demo is preloaded and it’ll kick you to a VCast download) and this costs $10 a month for access to streaming shows and movies that you can also download for offline access.

Google Music Beta works well on the Revolution and the preloaded Rhapsody and Slacker can also handle your other streaming audio needs. Overall, you’ll be very happy with what you can do with the LG Revolution on the multimedia side of things.

The Verizon LG Revolution sports a 5-megapixel camera with an flash and I found it to be stunningly average. Photos are fine for Facebook or quick e-mails but it’s not as crisp or clear as other 5-megapixel cameras we’ve seen. The photos generally don’t blow up well, as the detail is nothing to brag about. The flash is also kind of obnoxiously bright but it definitely helps in low lighting situation, even if it washes things out.

You do have a ton of shooting options, as you can adjust the scene (auto, portrait, landscape, sports, night and more), ISO, white balance), change the shot mode to include fancy options like panorama and continuous shots, and there are a ton of effects you can add on. The 1.3-megapixel front-facing camera gets the job done adequately and I found video calls with apps like Tango looked pretty good. 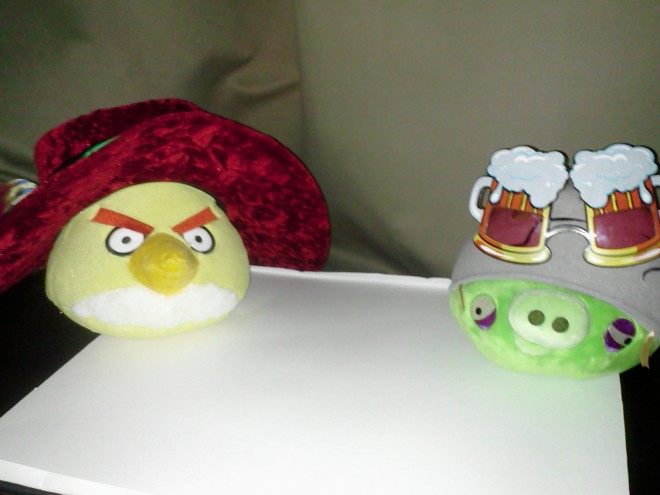 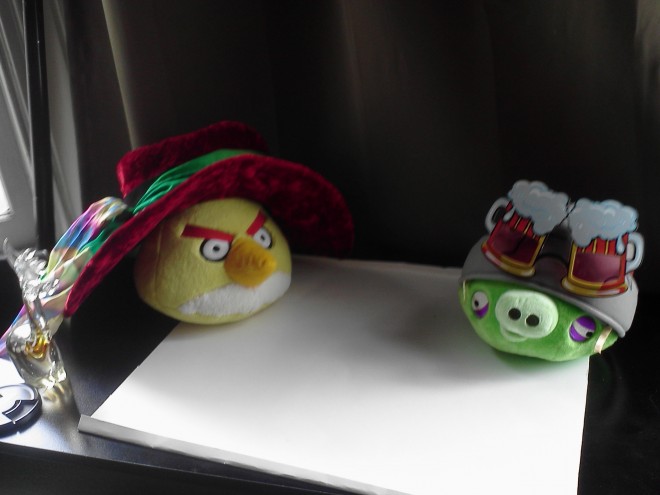 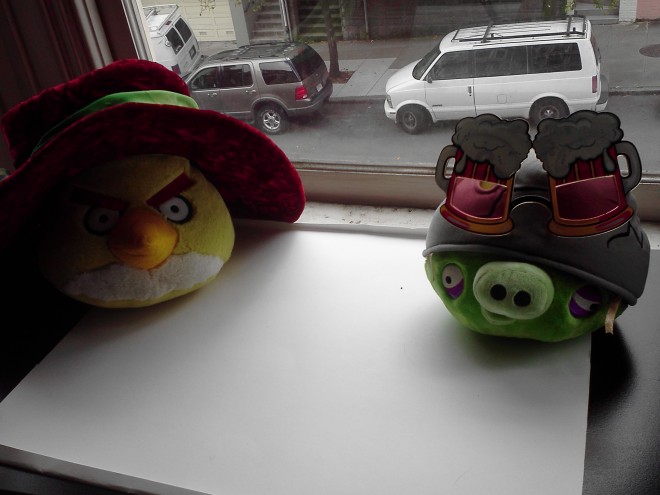 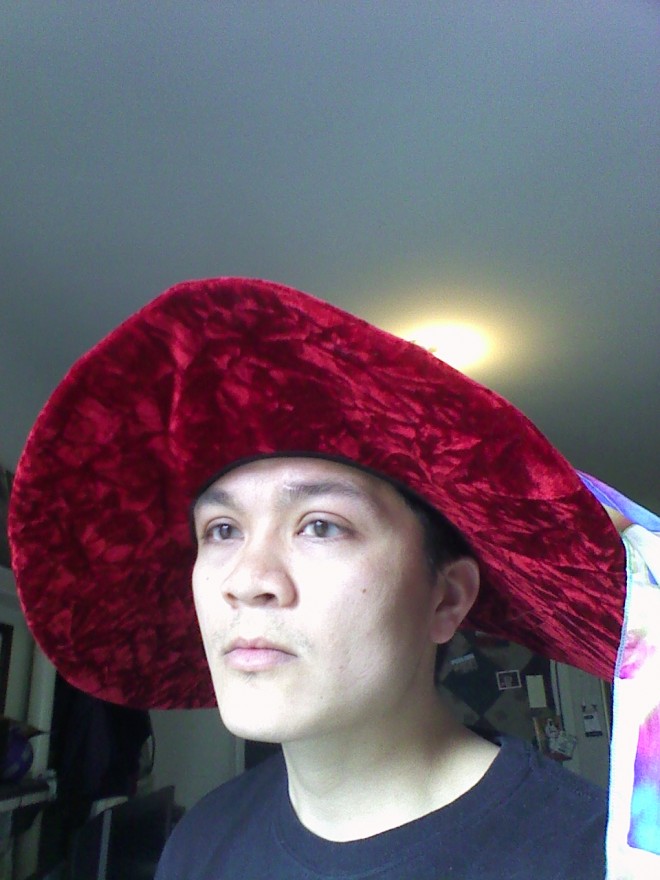 The 5-megapixel camera can record video at 720p HD but I found playback was a tad choppy. It’s not too bad though and the detail is actually pretty nice. You can use the HDMI-out port to watch these videos on your big-screen TV. 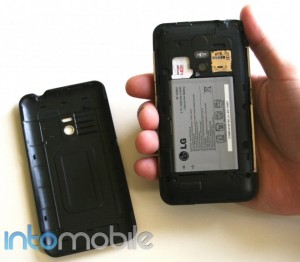 I found call quality to be quite good on Verizon’s network throughout the San Francisco Bay Area. Callers sounded crisp and clear with no static or distortion. People told me I sounded clear but they could still tell I was on a cell phone. Conference calls could have been better with a better speaker but the actual audio clarity was fine.

As for the 4G LTE speeds, I ran the Speetest.net app 10 times and averaged it out to find average speeds of 7.54 Mbps down and 2.99 Mbps up, well within the promised speeds from Verizon. The speeds varied wildly though, as I had highs of 12.7 Mbps down and lows of 3.8 Mbps.

In terms of actual usage, you do notice the speed when you’re out and about. Browsing is just much faster (even though you’re still bottlenecked by the browser itself) and watching Netflix on a bus or train is an awesome and smooth experience.

That 4G LTE comes with a price though, as the battery life is not that great. The Verizon LG Revolution died after about 8 hours sitting on my desk all day receiving e-mails from two accounts. When I took it out and about with heavy e-mail, browsing, GPS and video streaming, it was only able to eek out about six hours on a single charge. Make sure you have a spare charger in your car or office if this is your next device.

The final take: You say you want a Revolution? 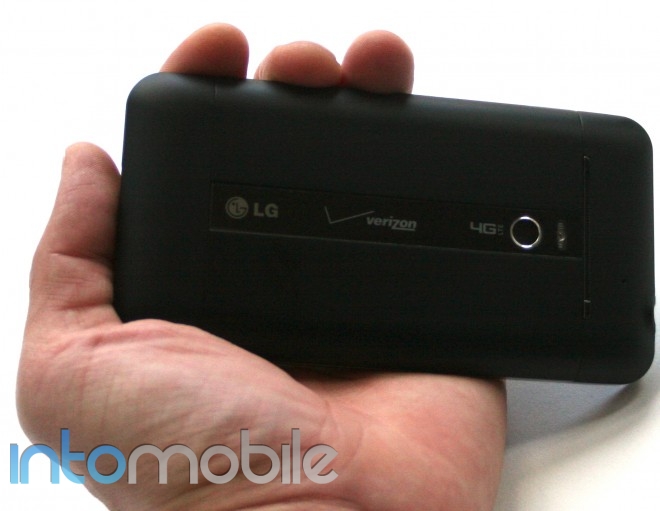 The Verizon LG Revolution has a lot of things going for it, as the big, beautiful screen is nice, the 4G LTE speeds rock and it has enough horsepower to let you blow through apps without experiencing slowdown. The custom LG layer is non-offensive and the Android Market is growing by the day.

On the other hand, some of the design elements are a clear miss and the battery life still leaves a lot to be desired. It’s not quite as sexy as the HTC Thunderbolt or even the Droid Charge but it is a beast of a smartphone that should satisfy users who want 4G LTE speeds and ample power without design frills.

So you have your LG Revolution in hand and you want to get your root on, do you? You're in...