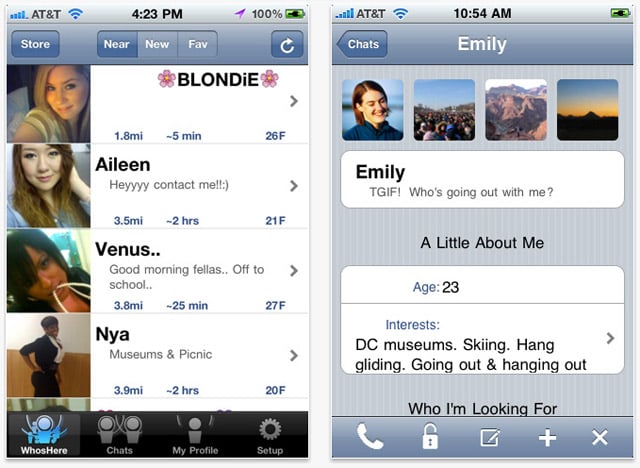 WhosHere, the location-based social networking app for iOS device users, has been downloaded by more than 3 million users. The app downloads are accelerating at an exponential rate — WhosHere reached the first million in 18 months and 9 months later it surpassed 2 million downloads.

Those unfamiliar should know that WhosHere is made to allow users to meet new people and interact based on proximity, introducing a user to others based on their common interests. When a user finds someone interesting, they can send free text and image messages and make free VOIP calls. All this is done without disclosing any personal information unless the user chooses to provide it.

According to the press release, WhosHere is most used for dating, making new friends, chatting with like minded people, looking for jobs, selling stuff, looking for clients, promoting bands, practicing foreign language skills with native speakers and virtual tourism.

Although the tablet application market is pretty similar to the smartphone app market, it will develop its own identity in...