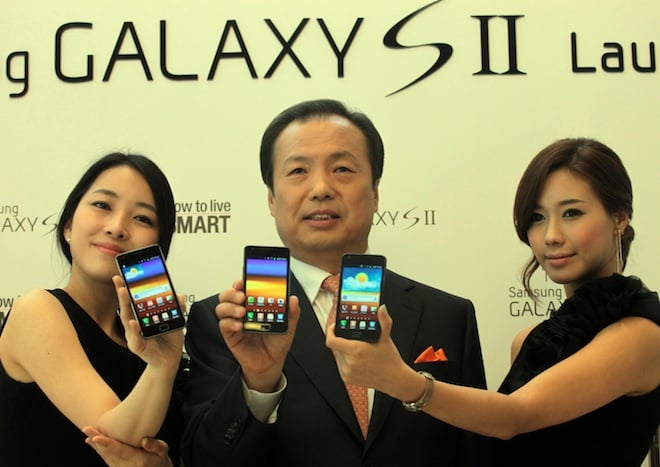 Samsung is the jewel of South Korea, so it’s no surprise to hear that their phones are some of the most popular selling devices in their native country. The first Galaxy S took just 70 days to sell 1 million units, but the newer Galaxy S II that’s just been launched obliterated that record and has managed to ship the same 1 million units in only 30 days. That makes the Galaxy S II the fastest selling smartphone in South Korea, faster than even the iPhone 4. When Samsung was asked what they attribute to the fabulous sales, they talked about the improved screen, 21 Mbps 3G modem, 8.9 mm body, and the new version of TouchWiz. Oddly they didn’t mention the dual core processor inside or near field communication (NFC). It’s expected that 10 million Galaxy S II units will be sold by the end of 2011, but we wouldn’t be surprised to see that number hitting 11 or 12 million, especially after it comes to America’s shores on Verizon, AT&T, and Sprint.

Looking into our crystal ball, what might the next Galaxy S have inside and when will it hit the market? J.K. Shin, President of Samsung’s Mobile Communications Division, told Dow Jones Newswires in an interview that the Galaxy S III will launch during the first half of 2012, but failed to provide any more details. We’re thinking that like the Galaxy S II it’s going to feature a dual core processor and NFC, but instead of a 4.3 inch screen it’ll shrink back down to a more manageable 4 inch display that will be ultra compact too since it’ll run Ice Cream Sandwich, which we believe will pave the way for Android devices with no physical buttons on the front of the handset.

Expect to hear a lot more leaks come out as we get closer to February 2012, the likely month when the Galaxy S III will be unveiled.

3 Android apps that will increase your productivity

The way I see it, smartphones are productivity enhancing devices. Sure there are games -- quite a few of them...