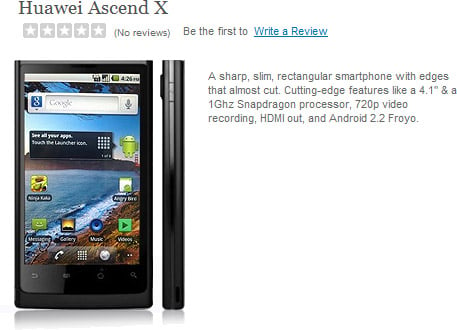 Cincinnati Bell wants a piece of the ever-growing Android pie. The carrier launched a new high-end smartphone, Huawei Ascend X, offering 4G (HSPA+) speeds for just $99.99. Of course a two-year service agreement is required, but that comes as given these days.

All in all, it’s quite a decent phone that comes as refreshment to Cincinnati Bell’s well not that awesome portfolio. Hopefully, the carrier will also add few tablets in its offering to be able to compete with the big guys of the industry.

If you’re a) living in Cincinnati Bell’s coverage area; b) want a great Android smartphone – proceed to this page to check out the Huawei Ascend X.

On the first anniversary of its Norton Everywhere "Beyond-the-PC" initiative, Symantec unveiled updates to Norton Mobile Security and a new...