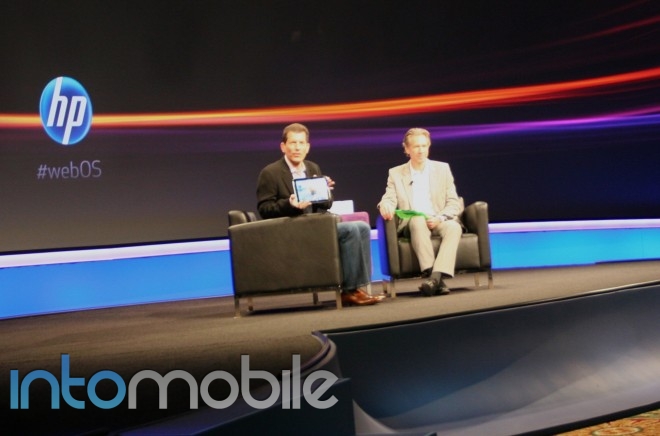 I’m live here at the Qualcomm Uplinq conference and HP’s Jon Rubinstein just said something interesting during the morning keynote: HP would be willing to work with “special companies” to deliver webOS on non-HP devices.

When HP bought Palm last year for more than $1 billion, many (including yours truly) believed it would take the Apple approach of delivering the hardware and the software. With webOS, it had purchased a stellar operating system that just needed some love and mountains of resources. HP has those resources and the Veer, Pre 3 and TouchPad are its first uses of that platform.

Rubinstein, who is now a senior VP at HP, said that it would be willing to work with “special companies” to deliver webOS on other products. It wants to be somewhere in between the Apple model and the Google approach (where it gives away Android to all comers). To be clear, he said that HP doesn’t want to be in the licensing business, so these partners would have to add a lot of value and be focused on pushing webOS.

So, what kind of companies will qualify as “special?” Rubinstein indicated that this means the handset maker (or tablet maker, I suppose) shouldn’t have a large portfolio of devices based on other platforms or, at least, be willing to make webOS its main operating system. I guess that rules out Apple, Nokia (with Windows Phone) and Research In Motion. Samsung, LG, HTC and Motorola also seem pretty darn committed to Android.

The idea of webOS on other devices is very interesting because I don’t care how large HP is, it’s going to be tough for a single company to create enough demand for the webOS ecosystem. I’m just struggling to figure out which companies out there would fall into this “special” category and would be willing to ditch Android or Windows Phone 7 for webOS. If I’m dreaming, I’d love to see some HTC hardware with this software but don’t know how realistic that is.