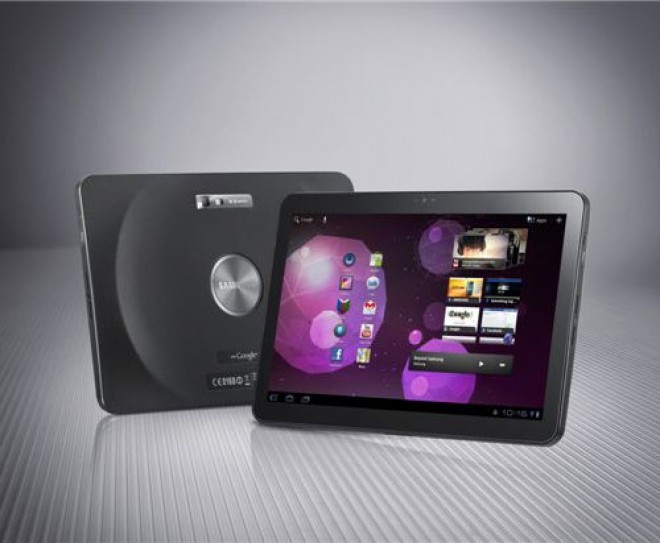 Samsung Galaxy Tab 10.1 owners may be surprised when you turn the tablet on for the first time, as it will be running stock Android Honeycomb. Apparently the TouchWiz UX isn’t ready for prime time yet and it will come through a OTA update later.

When we first got word about this, I thought Samsung would make the TouchWiz UX optional for users, but this is sadly not the case. While one could choose not to update their tablet, you’d be sacrificing OS updates that could address bug fixes and other things of the sort.  Luckily, Samsung’s TouchWiz UX is very usable and it adds in some great extra features that stock Honeycomb just doesn’t have without changing the look and feel of the OS completely.

This is one of the first skins we’ve seen for Honeycomb, and while custom user interfaces can potentially slow down updates, we think Samsung has learned a lesson or two. Hopefully. Either way, if you don’t want the TouchWiz UX on your Galaxy Tab 10.1 you can be happy that many developers already have the tablet, as Google gave about 5000 of them away at the I/O conference last month. We could imagine that custom ROMs will be plentiful after the tablet is out for a couple of months.

Now that Verizon has officially announced the tablet, we wonder if users will receive the update at the same time as the WiFi-only versions of the Tab. Whatever the case may be, we suggest you take a look at our hands on with the TouchWiz UX so you know what you’ll have running on your new tablet if you choose to go ahead and hit the update button.

So how many of you will be updating to the TouchWiz UX when the update pops up on the tablet?

Those of you drooling for what's looking to be the next great Android Honeycomb tablet will be happy to hear...